A newly granted Apple patent published today by the US Patent and Trademark Office (USPTO) has detailed how integrating the camera into a part of the Apple Watch band rather than the Watch itself could allow the user to position the camera any way he likes in order to capture the ideal shot (via 9to5Mac). 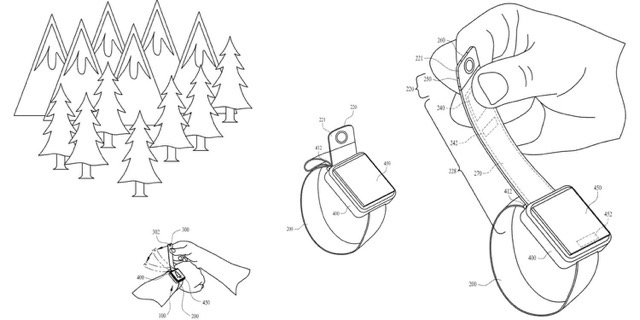 According to Apple, the reasoning behind this design is that “a potential barrier to smartwatch adoption is their minimal image-capturing ability.” Apple’s proposed solution also allows for the possibility of cameras on both sides of the band, and might even allow for 360-degree imagery.

The patent also details several different ways to actually take the photo, as well as a better solution for making FaceTime calls without having to awkwardly hold the Apple Watch camera in place:

As with every patent, there is no guarantee you’ll see this in a future Apple Watch. Nonetheless, by adding a camera to the Apple Watch, Apple could get one step closer to creating a true standalone wearable.