Of the 62 new patents granted to Apple today by the US Patent and Trademark Office (USPTO), three patents are related to the Apple Watch that cover the implementation of a next-generation form of Biometrics, an illumination system for the bands, and a custom fit band system for measuring a user’s pulse (via Patently Apple). 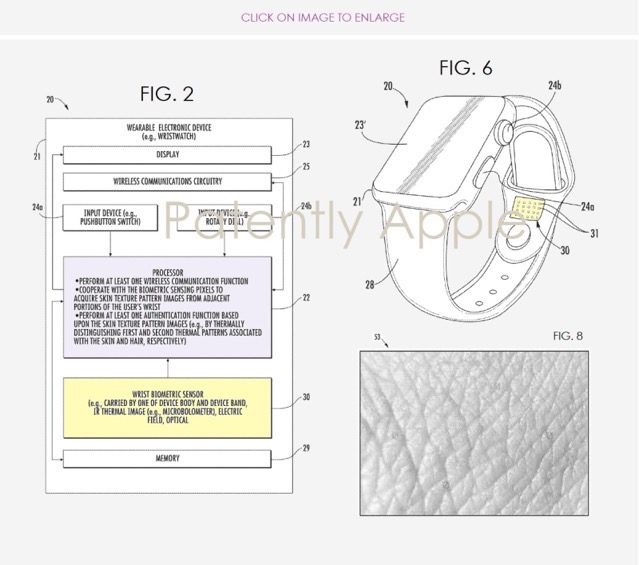 Titled “Biometric Sensor for Acquiring Skin Texture Pattern,” the first patent details a wrist biometric sensor that has an IR thermal image sensor for accurate skin texture pattern acquisition through hair. The sensor may be located on the inside portion of the Apple Watch band as shown in the illustration above. 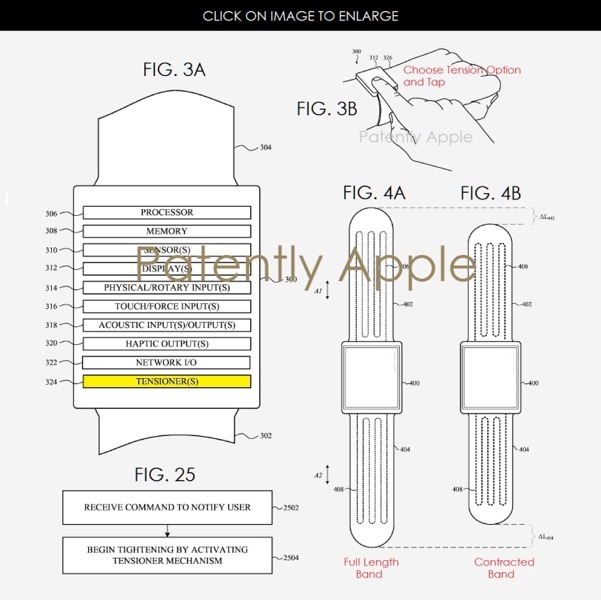 The perfect fit will be achieved for both leisurely times and when the user cranks up their workout and need their watch band to hug their wrist like its one with them as they run or workout.

The band will even assist users to take their pulse by tightening the band to perfection to get that biometric reading just where it has to be and then automatically back off so as to not choke the circulation to your wrist.

Apple had originally filed for the automatically adjusting Apple Watch band patent back in September 2016.

According to the European Union's final deadline, all new phones sold in the region, including future iPhones, will have to use USB-C for wired charging by December 28, 2024, The Verge is reporting. The EU’s new USB-C legislation, which has just been published in the bloc’s Official Journal, the rules will officially enter into force in...
Usman Qureshi
25 mins ago

To optimize Chrome for your device’s battery and system memory, Google is introducing two new performance settings so Chrome uses up to 30% less memory and extends your battery when running low. To offer its users an improved browsing experience, Google is rolling out new Memory Saver and Energy Saver modes over the next several...
Usman Qureshi
45 mins ago