The U.S. Patent and Trademark Office (USPTO) has granted Apple a new patent that covers an Apple Watch with a built-in, rotatable camera integrated into its digital crown, and more, Patent Apple is reporting. 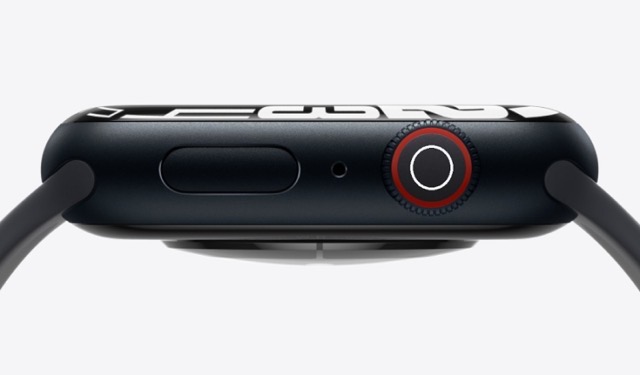 According to the granted patent, an Apple Watch having a camera integrated into the Digital Crown will allow the user to capture pictures with the camera while the watch remains worn to the user’s wrist.

Apple says the user may be able to simply point their hand wearing the watch towards the scene which they desire to capture with the camera, or simply remove the watch or its housing to take a picture. 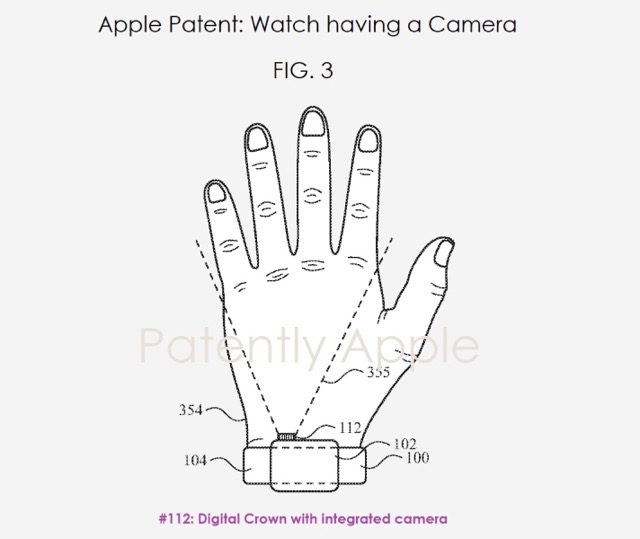 The patent also details a release mechanism that allows for easy removal of the watch housing from the band to take a picture.

Another Apple Watch patent granted to Apple today covers a processing unit of the wearable electronic device receives the force signal from the force sensor and determines the force exerted on the housing component based thereon.

The processing unit may use that force to determine a tightness of the band, determine health information for the user, adjust determined force exerted on a cover glass, and/or to perform various other actions.