Chip suppliers involved in the supply chain of the Apple Watch are gearing up to start production for the upcoming wearable device, according to industry sources.

Orders for chips for the Apple Watch, set to debut in early 2015, are estimated at 30-40 million units, the sources indicated.

Here’s how Apple explains the custom S1 system-on-a-chip found within Apple Watch, which is essentially “an entire computer system on a single chip”:

Massive constraints have a way of inspiring interesting, creative solutions. A prime example is the custom-designed chip at the heart of Apple Watch. No traditional computer architecture could fit within such a confined space. So we found a way to integrate many subsystems into one remarkably compact module, which is then completely encapsulated in resin to protect the electronics from the elements, impact, and wear. Configuring an entire computer system on a single chip is an industry first and represents a singular feat of engineering and miniaturization. 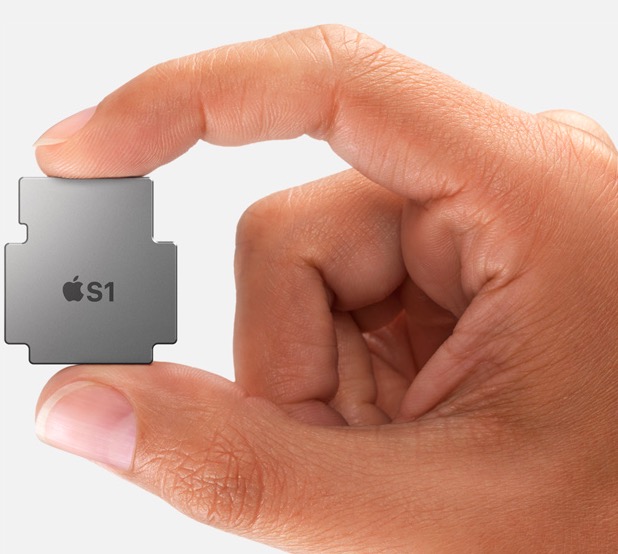 The Apple Watch is set to debut in the ‘Spring’ of 2015 according to retail chief Angela Ahrendts. Meanwhile, Apple’s international websites note ‘Available in 2015’ instead of ‘Coming Early 2015’ on the Apple.com Watch page, leading us to speculate the watch could possibly debut in the U.S. first.

Apple design chief Jony Ive previously stated creating the design for the company’s wearable was harder than creating the iPhone, due to societal expectations for a watch should be.