According to a preliminary estimate of the Apple Watch Sport hardware by IHS Technology, the device’s hardware cost is only about 24% of its retail price, which is the lowest of any Apple product examined by the analytics firm (via BusinessWire). The teardown of the Apple Watch Sport by IHS reveals that the product has the lowest ratio of hardware costs to retail price, as compared to other Apple products reviewed by IHS which are in the range of 29 to 98%. 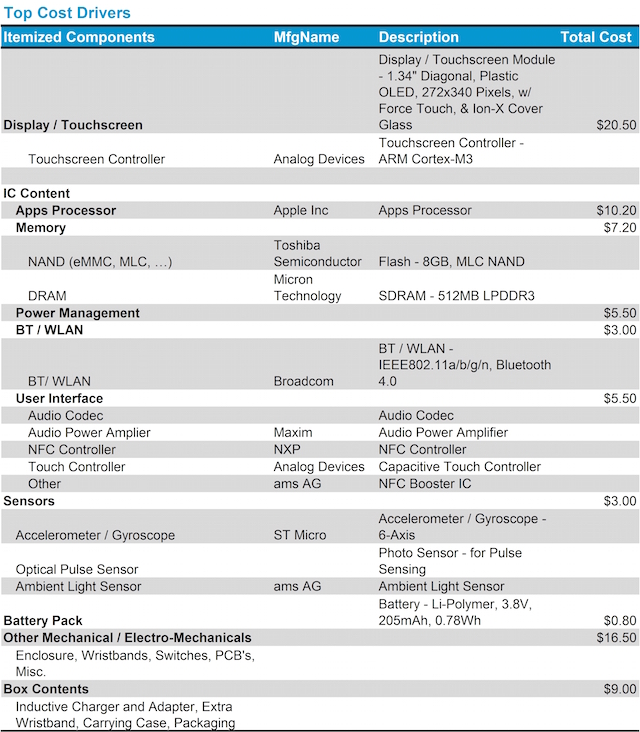 The firm’s teardown of the Apple Watch Sport 38mm shows a bill of materials of $81.20 with the cost of production rising to $83.70 when the $2.50 manufacturing expense is added, while the retail price of the model is $349. The IHS Technology analysis however does not include logistics, amortized capital expenses, overhead, SG&A, R&D, software, IP licensing and other variables throughout the supply chain such as the EMS provider.

“It is fairly typical for a first-generation product rollout to have a higher retail price versus hardware cost,” said Kevin Keller, senior principal analyst-materials and cost benchmarking services for IHS Technology. “While retail prices always tend to decrease over time, the ratio for the Apple Watch is lower than what we saw for the iPhone 6 Plus and other new Apple products, and could be of great benefit to Apple’s bottom line if sales match the interest the Apple Watch has generated.”

IHS has also highlighted that the Apple Watch battery is somewhat simpler to replace than the batteries in many other Apple products. As long as the display can be carefully removed, the battery is attached with a simple snap-on connector. Here’s an exploded view of the Apple Watch Sport’s internals by IHS. 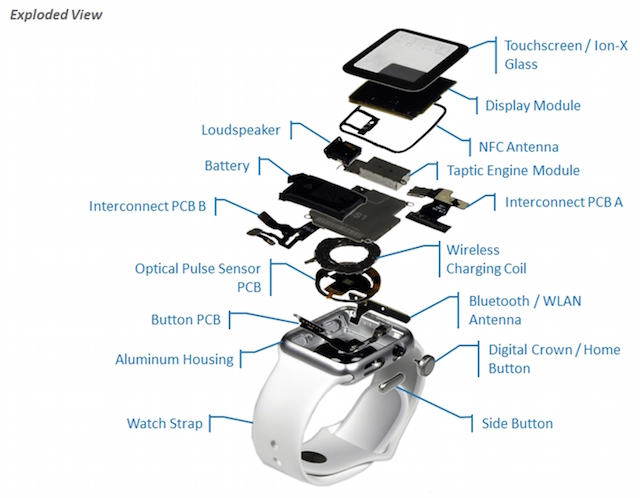 The federal government announced on Monday the removal of various COVID-19 restrictions, which includes the requirement of the ArriveCAN app upon entry into Canada. Confirming last week’s reports, Health Canada says as of October 1, 2022, all travellers, regardless of citizenship, will no longer have to: submit public health information through the ArriveCAN app or website; […]
Gary Ng
46 mins ago