The Apple Watch Could Put You in Jail for Two Years 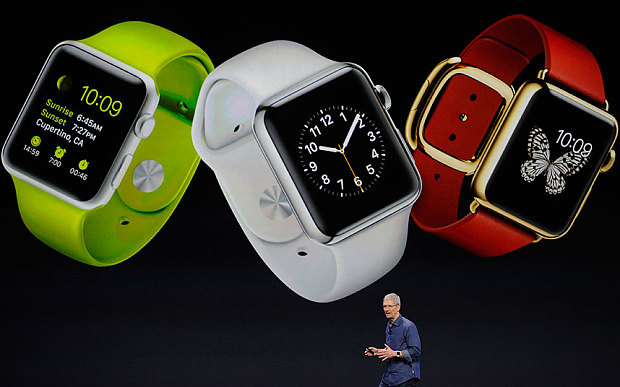 Motoring experts have warned that drivers who get caught using the upcoming Apple Watch behind the wheel will face the same penalties as those caught using mobile phones, The Telegraph reports. The UK’s Department of Transport has also confirmed that using a smart watch while driving will be treated by police in the same way as offences involving mobile phones.

“Motorists face a sentence of up to two years in prison if the use of either device causes a fatal accident, and a £100 fine and three penalty points on-the-spot if drivers are deemed to be distracted by the gadgets while at the wheel.The DfT said it would be up to police to judge whether or not drivers are distracted while using their watch to send messages, take calls or check the time.”

According to the Institute of Advanced Motorists (IAM), the Apple Watch will be as dangerous to use behind the wheel as a conventional phone. A spokesperson for IAM said that an Apple Watch has the potential to be “just as distracting as any other smartphone device, indeed more so if you have to take you hand off the wheel to interact with it.” He also said that even though smart watches might be the next big fashion accessory, there is nothing fashionable about a device that distracts you when behind the wheel.

“The concern is that it’s Apple doing it. It’s now widely publicised and they become widespread. The concern is that despite more and more functions, drivers still need to be paying attention to their driving. It’s possible that manufacturers might think it’s not their responsibility to warn drivers about the dangers, but they need to be pushing the responsible message too.”

The government of Ontario is also set to reintroduce a bill which aims to increase distracted driving penalties to $1,000. Similarly in Saskatchewan, you can get your car impounded for 7 days for distracted driving.