A neat little trick discovered by a reddit user today (via MacRumors) lets you use the Digital Crown on your Apple Watch to emulate the iPhone’s volume buttons, and use it as a remote shutter to take photographs with third party camera apps on your iPhone like Snapchat, Camera+ or Manual. To achieve this, here’s what you need to do:

Make sure your iPhone and Apple Watch are paired.

Open a compatible camera app on your iPhone, such as Camera+. 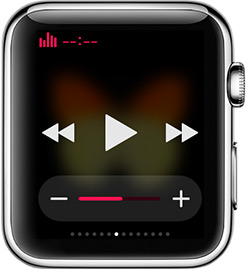 On your Apple Watch, open up the Music Glance by swiping up from the watch face view.

Now when you turn the Digital Crown, it will cause the camera to take a photograph, just like pressing on the iPhone’s volume button would do. The technique works within the Music app itself as well.

That’s it, you can now use your Digital Crown as a remote shutter for your favourite camera apps on your iPhone. Enjoy!

Amazon announced on Wednesday a new lineup of Fire TV Omni televisions, this time with QLED and also its “smartest TV lineup ever.” The new Fire TV Omni QLED Series is available in 65 and 75-inches, with 4K Quantum Dot Technology (QLED) displays and full-array local dimming for up to 96 zones. Dolby Vision IQ […]
Gary Ng
8 mins ago