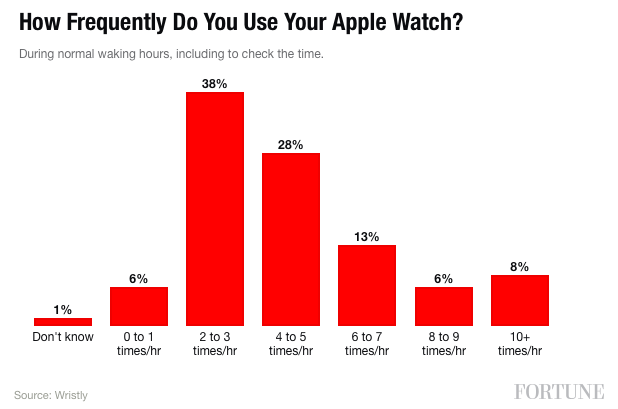 A new study by a web-based research firm Wristly.com, that conducts weekly surveys among some 2,400 Apple Watch owners, has revealed that Apple Watch owners check the time 30 or 40 times a day in interactions that last an average of 3.8 seconds (via Fortune). According to co-founder Bernard Desarnauts, the 1,450 respondents to this week’s survey use their watch an average of four to five times an hour, or 60 to 80 times a day.

Meanwhile, another chart (given below) from a study by Brown et al. at the University of Stockholm’s Mobile Life Centre, shows that in the space of a month, the participants used Apple Watch to take phone calls only eight times and to read mail only twice. They gave a dozen participants, seven women and five men, Apple Watches and wearable cameras, and captured on video 1,009 interactions over 34 days. 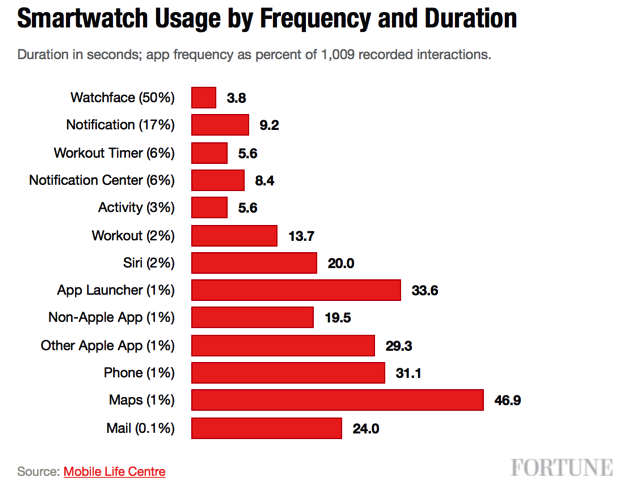 So guys, how frequently do you glance or interact with your smartwatch?