Just a couple days before some Apple Watch preorders start arriving on Friday, Apple has shared the last three Guided Tours for the smartwatch on its website (the Canadian site hasn’t been updated yet). 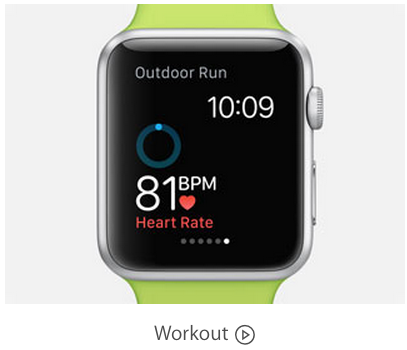 The videos below show off how to use Apple Pay (not in Canada yet, but rumoured for November), Activity and Workout. They’re definitely worth watching:

Apple first shared three guided tours for Messages, Faces and Digital Touch in early April and a week ago added videos for Phone Calls, Siri, Maps and Music. The staggered rollout of these videos also helps drum up some anticipation for the watch, which the company said earlier today would have preorders “arrive sooner than expected”.