An 18-year-old Deanna Recktenwald of the Tampa area is praising the Apple Watch for saving her life when she suffered a medical episode at The Crossing Church in Brandon. According to ABC News, the seemingly healthy teen saw a warning appear on her Apple Watch notifying that her resting heart rate had reached 190 beats per minute. 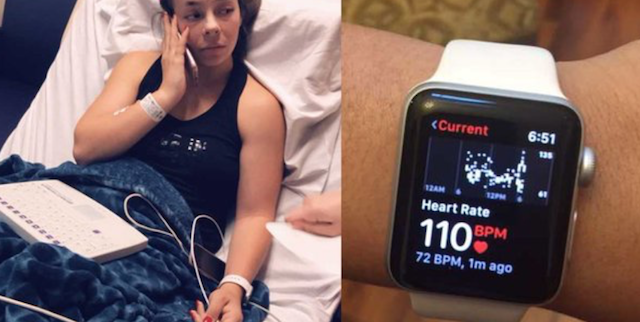 “I didn’t know what was going on at all and it was just out of the blue,” said Deanna. Her mother Stacey Recktenwald, who is a registered nurse and did not initially question the accuracy of the watch’s reading said, “It was alarming that the watch was telling us to seek medical attention. I didn’t even know that it had the capability of giving us that alert.”

After rushing her to the emergency room, doctors at Tampa General Hospital soon discovered Deanna suffers from chronic kidney disease. Both her kidneys are operating at only 20% and she will likely require a future transplant.

Stacey wrote the following to Apple thanking the tech giant for its life-saving feature. 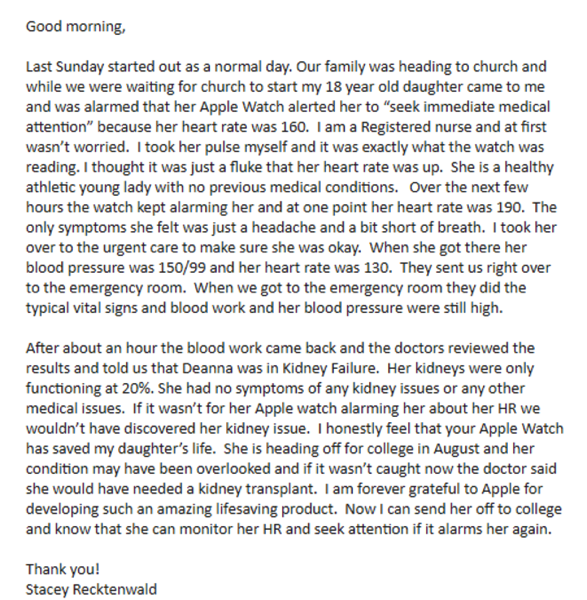 CEO Tim Cook responded by thanking the Lithia family for sharing their story.

Stories like Deanna’s inspire us to dream bigger and push harder every day. https://t.co/O7xJ9n1MHg 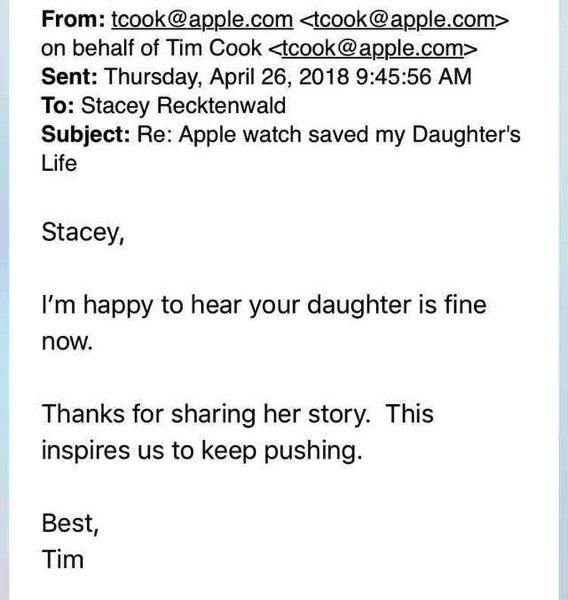