Apple Watch Inventory will be ‘Heavily Constrained’ at Launch [Report]

Sources have told 9to5Mac that certain models of the Apple Watch will be available in limited quantities at launch while priority will be given to reservations, suggesting that Apple Watch availability for walk-in customers on launch day will be very tight. This means that if you are looking to grab an Apple Watch on day one, you should definitely consider pre-ordering online or book one using the new Apple Store reservation system. 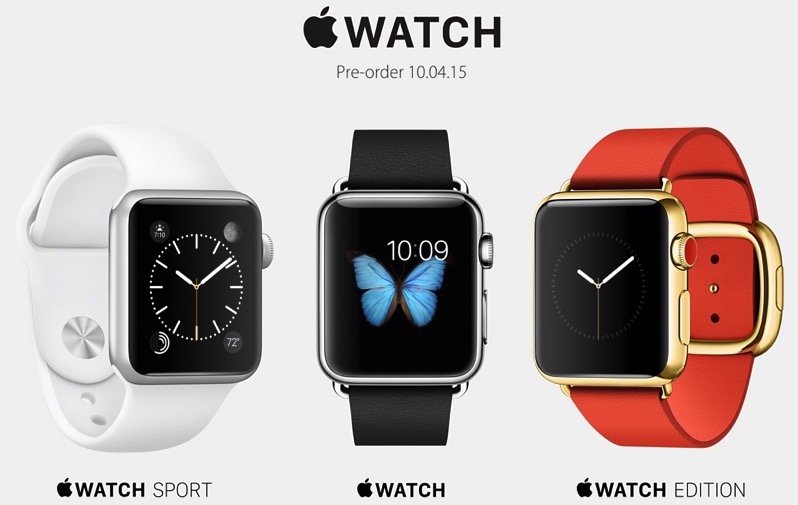 One of the sources at an Apple flagship source has said, “we’re told to treat launch day as if there will be no walk-in stock”, probably suggesting that a specific Apple Watch variant a customer is looking for will be much harder to come by at launch if it hasn’t been previously reserved. The inventory for the Watch will of course vary depending on the store’s location, including state and country, with China expected to have larger stock allocations, the report notes.

“Several sources across the United States are reporting a similar emphasis on the majority of stock being available solely for reservations at launch. Besides the U.S. and China, the Watch will be available in Canada, France, Japan, Germany, and the U.K. at launch.

Apple’s inventory plans could change, of course, if the company can pump out enough Apple Watch units before launch to satisfy all initial demand”.

It has been reported by a couple of sources in recent weeks that Apple is facing some serious yield issues with the Apple Watch, ahead of its official launch on April 24.