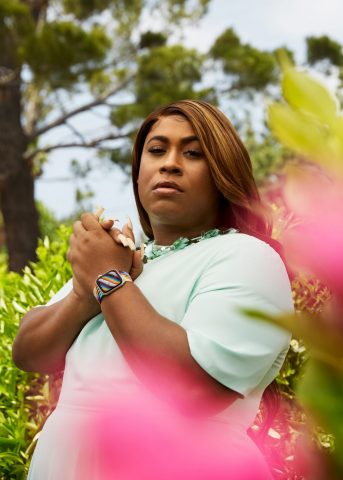 The band, which is the latest edition of pride memorabilia Apple has been dropping since 2016, consists of “stretchable recycled yarn interwoven with silicon threads designed for ultra comfort without buckles or clasps,” according to a press release.

The yarn colours represent not just the rainbow flag, but many other community flags as well, with colours meant to honour Black and Latinx communities, those who have passed away or are living with HIV/AIDS, and transgender, and nonbinary individuals.

In addition to the watch band, the company is also releasing a dynamic watch face that will feature the stripes of a 2018 redesign of the classic rainbow flag, which includes the trans flag and Black and brown stripes for BIPOC communities.

Apple CEO Tim Cook pointed out that “Black, Brown, and transgender activists were key leaders in the march toward equality” even before the Stonewall riots of 1969, which many consider to be a foundational moment in the modern LGBTQ+ movement.

“On many fronts, Apple supports the ongoing and unfinished work of equality for diverse and intersectional communities, and we want to provide every opportunity to celebrate and honor this history during Pride season,” Cook said in a statement.

Customers can pre-order the new Pride Edition bands on the Apple Store website starting on Monday. Both bands will be available starting May 25, and the watch faces will release in a software update listed as “coming soon.”