A new Apple Watch app known as ‘AirRecipe’ released in the App Store by developer Haruhito Fuji can turn your Apple wearable into a live viewfinder and remote shutter for the Olympus Air A01, a 16-megapixel Micro Four Thirds lens-sized wireless camera for smartphones that was released earlier this year (via Macitynet.it). 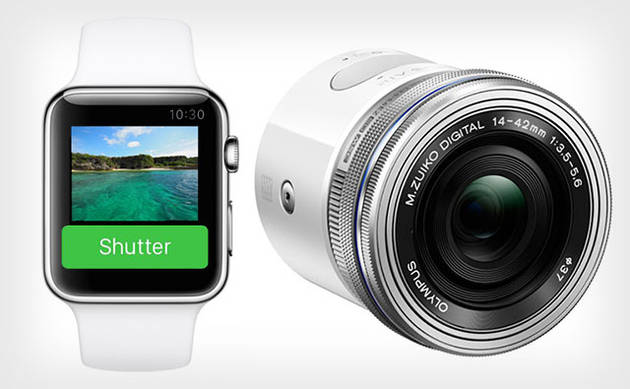 As you can see in the pics below, the Apple Watch can be attached to the back of the Olympus Air, thus forming a modular camera with a touch screen, or you can wear them in the usual way, on the wrist, and control the camera at a distance. Meanwhile, a second app by developer Yoshihisa Ogata known as ‘AirLiveView’ provides a live view on the watch while the user triggers the camera manually using the Air A01’s shutter button. 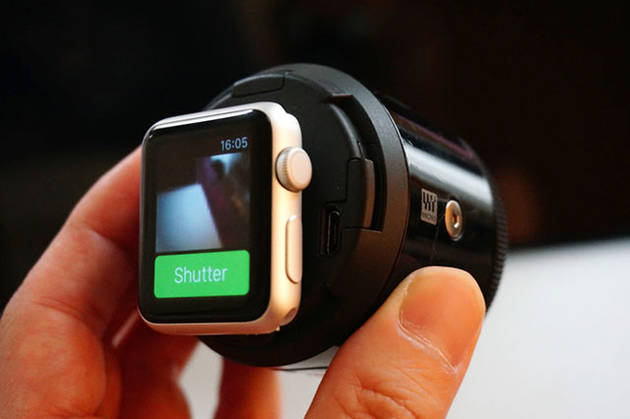 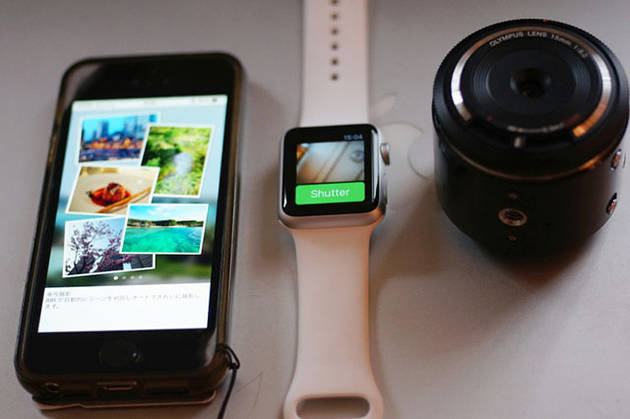 The Olympus Air is available for $299, while both Apple Watch apps can be downloaded for free from the App Store.