Toronto-based YouTube channel Unbox Therapy has tested the Apple Watch and its sapphire crystal display against other watches using a jeweller-grade diamond tester. 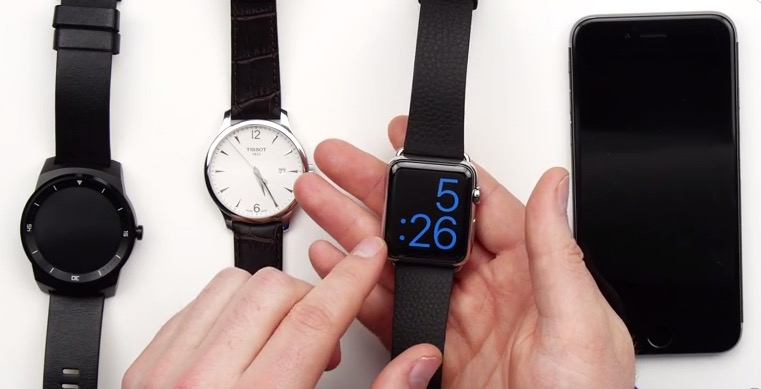 Lewis Hilsenteger tests and verifies the Apple Watch does indeed have a sapphire crystal display and also compares it to a Tissot watch with a similar display. Also tested in the video is an LG G Watch R and Apple Watch Sport, which of course do not have sapphire displays, with the latter having Ion-X strengthened glass instead.

Hilsenteger, who has been critical of Apple in his infamous iPhone 6 ‘bendgate’ video, says this time around the sapphire crystal shape on Apple Watch with rounded edge is “such an achievement.”

Also, for those asking – The camera lens and home button on the iPhone 6 both test positive for sapphire as well.

So yes, Apple Watch does indeed have a sapphire crystal display, if you were wondering. Consumer Reports recently put Apple Watch displays under their own scratch tests, which you can check out here.

Apple's new Crash Detection feature, available on iPhone 14 and the company's latest Apple Watch models, is designed to automatically contact emergency services in the event of a severe car crash.  However, it can sometimes mistake a rollercoaster ride for a car crash (via Reddit). One Reddit user found this out the hard way when...
Nehal Malik
11 mins ago

Amazon announced on Wednesday a new lineup of Fire TV Omni televisions, this time with QLED and also its “smartest TV lineup ever.” The new Fire TV Omni QLED Series is available in 65 and 75-inches, with 4K Quantum Dot Technology (QLED) displays and full-array local dimming for up to 96 zones. Dolby Vision IQ […]
Gary Ng
14 mins ago