According to a report by WCVB Boston (via MacRumors), the Apple Watch has helped a 17-year-old Tabor Academy football player discover his abnormal after-practice heart rate, which eventually led him to determine something was seriously wrong. Paul Houle Jr. from Cape Cod, Massachusetts, was later on contacted by Apple CEO Tim Cook with a personal phone call, in which he offered the teenager a brand-new iPhone and a summer internship at the company’s corporate headquarters in Cupertino next year. 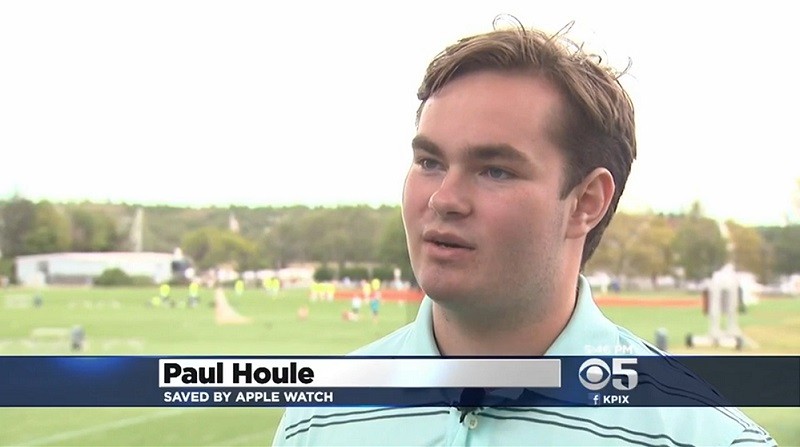 Houle explained that after practice, he went and took a nap, but his heart rate was still at 145. He went to the hospital, where he learned he had heart, liver and kidney failure, which could have been fatal if not for his watch. “If my Apple Watch hadn’t shown me it was 145, I would have done nothing about it”. Houle was diagnosed with rhabdomyolysis, a condition that occurs after intense exercise causes leaking of enzymes and proteins into the blood from muscle cells.

Since Houle’s story surfaced late last week, word of the ordeal reached Apple CEO Tim Cook, who contacted Houle with a personal phone call a few days after his diagnosis and recovery. “I got a phone call from a California number,” said Houle. “And he said ‘Hello, my name is Tim Cook, CEO of Apple.'” Cook proceeded to offer the Cape Cod teenager a brand-new iPhone and a summer internship at the company’s corporate headquarters in Cupertino next year.

Houle’s father, who is extremely grateful for the lifesaving intervention of the Apple Watch in his son’s life, has recently purchased Apple Watches for both himself and his wife.