Following this past weekend’s iFixit teardown of the iPhone 8 Plus, the Apple Watch Series 3 get the same treatment. The new teardown, published today, found that the device is largely similar to the Series 2, but with some redesign work to accommodate LTE technology. 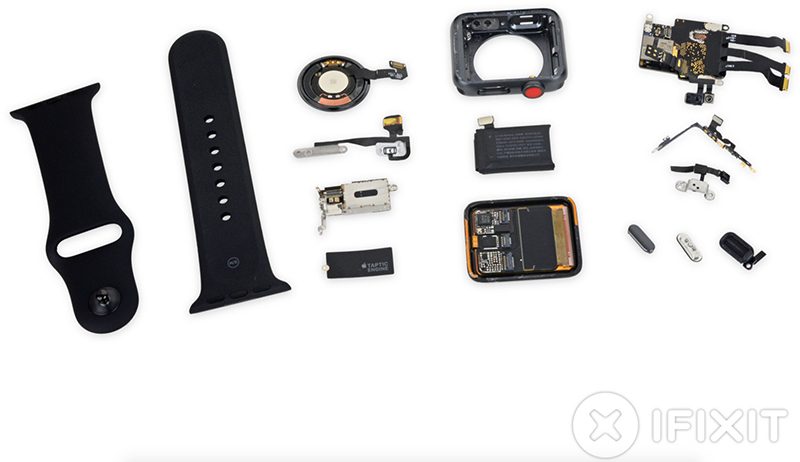 The new Apple Watch Series 3 touts LTE-connectivity, using its screen as an antenna, interestingly enough. The good news is that this did not negatively affect the watch’s repairability, In as iFixit rated it 6/10, same as the Series 2’s repairability.

The LTE version of the Series 3 includes “a whole new section” of RF chips, including an ST Microelectronics part believed to be the eSIM, iFixit said. Other parts come from the likes of Avago and SkyWorks, and of course Apple, which has touted its W2 wireless chip as providing better power efficiency and faster Wi-Fi connections. 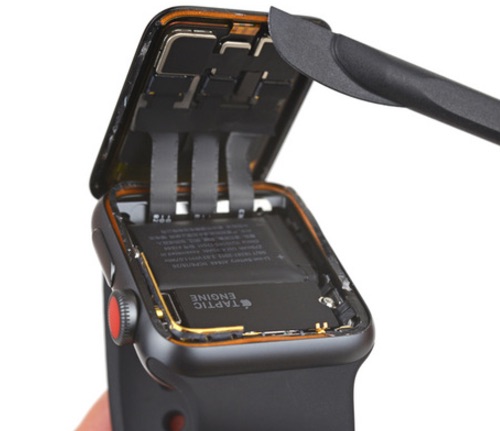 The teardown reveals that the battery has had the slightest of upgrades. The battery is a 279 mAh at 3.82 V, with a capacity of 1.07 Whr, which is up 4 percent compared to the Apple Watch Series 2, which features a 1.03 Whr cell. However, compared to the original Apple Watch, the new battery represents a 32 percent increase in capacity.

Overall, there wasn’t much room in the Apple Watch for additions like LTE and eSIM in the first place, and yet Apple managed to add it, while at the same time making the battery fractionally bigger. That’s certainly some impressive engineering. 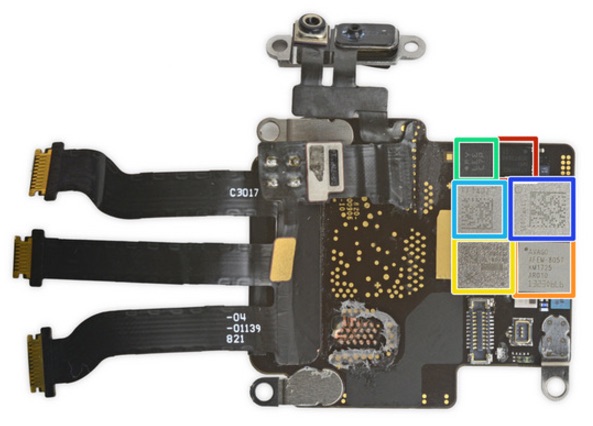 iFixit gave the Apple Watch Series 3 a repairability score of 6 out of a possible 10 points. Display repairs and battery replacements are both possible, albeit tricky, but replacing any of the component cables requires micro-soldering.

The product first hit shelves and doorsteps on Friday. The company is already trying to fix a problem with unauthenticated Wi-Fi networks which can prevent a Watch from connecting to LTE.