As discovered by Apple Watch user Daniel Marcinkowski, Apple seems to have referenced an unreleased ‘Sleep’ app for the Apple Watch in the App Store that apparently offers similar functionality as the Bedtime tab of the iPhone’s Clock app (via MacRumors). 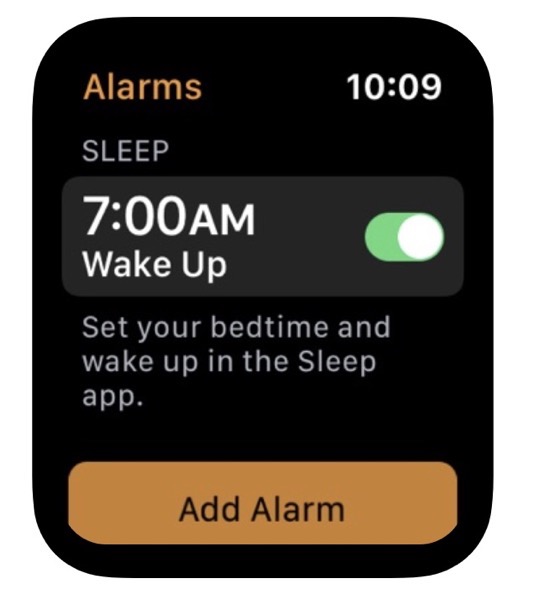 The above App Store screenshot discovered in the listing for Apple’s preinstalled Alarms app on the Apple Watch shows an unreleased version of the Alarms app with a “Sleep” label that reads “set your Bedtime and wake up in the Sleep app.”

While no reference to a Sleep app in the Alarms app on watchOS 6.0.1 or watchOS 6.1 beta has been found so far, evidence of Apple working on a Sleep app for the Apple Watch was, however, recently discovered in an internal build of iOS 13:

The new Sleep app on the Apple Watch will provide users with an overview of their sleeping patterns, as well as send users bedtime and battery charging reminders. Apple Watch users will be recommended to have at least 30 percent of battery life to wear it to sleep, according to an iOS 13 string seen by MacRumors.

Apple’s sleep tracking functionality is referred to as “Time in Bed tracking” based on internal iOS 13 code, with one string noting that “you can also track your sleep and get woken up silently by wearing your watch to bed.”

Once available, the Sleep app for Apple Watch will likely include a dedicated watch face as well.