Apple has made an update to its Apple Watch Sport page on its online store to clarify some confusion as to how many bands came with the model.

Initially, the ‘What’s in the box’ description noted “Two bands”, which led many to believe you could swap extra full bands on third party sites, such as BandSwapper. 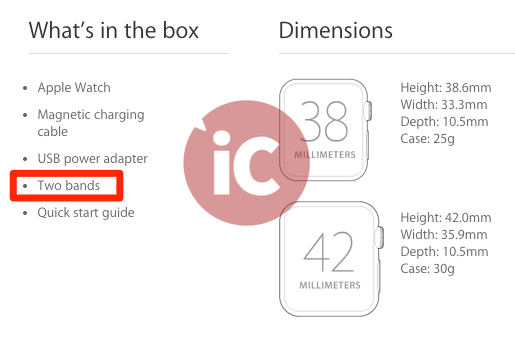 TechCrunch last week clarified its sources said the Sport band would come in three pieces to allow for sizing of small, medium and large, and not two entirely full bands.

The change to Apple’s website (spotted by MacRumors) now says “Sport Band (includes 3 pieces to make either a S/M or M/L strap)”. 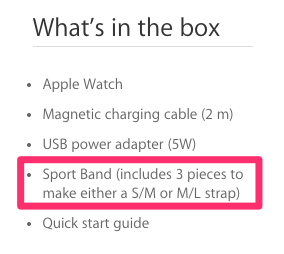 There will be two band lengths (the side with holes) to go with the fastener band. This solution makes it simpler for Apple Watch Sport to accommodate various wrist sizes in one package.