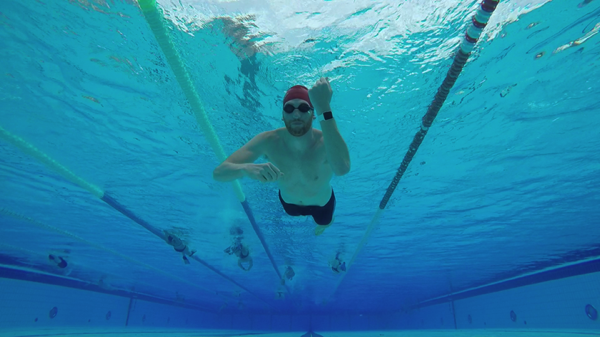 Endurance sports and tech blogger Ray Maker has put up a few Apple Watch related waterproof videos, which reveal that Apple’s smart wearable can withstand a swim workout at 1,200 meters as well as a high dive from as high as 10 meters (via MacRumors). Ray notes on his blog that he wanted to test the Watch’s ability to withstand higher intensity swimming activities, though simple waterproofing tests have already been performed by many people in the past.

“First up, was a swim.  Not a terribly fast swim, but a swim nonetheless. I figured I’d do about 10-minutes worth.  But by time I got to the 10-minute marker, I was rather enjoying swimming on this nice sunny day, so just sorta kept on going.”

He has shared the whole experience cinematically in a two minute video:

“Then came the high dive platform. No, not to the 10-meter one.  I figured I’d start easy – at the 5m platform.  No reason to kill myself quite yet.  I’d save that for after completion of the 5m platform.  Plus, there’s an 8m one in between anyway.”

Check out the video below for the full story:

Finally, Ray took the unit into the DCR Cave and ran it through the dreaded waterproofing chamber. Take a look at this final video to find out how well did it hold up:

“I’m impressed, it’s still chugging along after that – with not a single sign of any issues at all.  Clearly this is all more than adequate for any sort of casual sweat or showering.  Though I’ll definitely be keeping an eye out over the next few weeks just in case.”

As amazing as the Apple Watch is at withstanding water, Ray does however advise users to leave it behind when swimming in a pool since it doesn’t take advantage of its internal accelerometers for any swimming metrics.