Yesterday, Apple launched a new Black Unity Braided Solo Loop as well as a Unity Lights watch face as part of the company’s celebration of Black History Month. Turns out the new watch face sports some of the coolest tech ever seen. 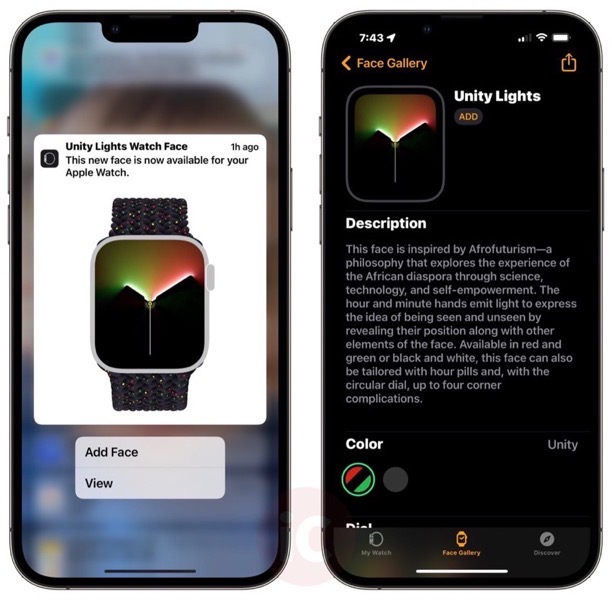 This new Unity Lights watch face is available to Apple Watch Series 4 users or later. As confirmed in a tweet by developer Noah Witherspoon, the new watch face is powered by real 2D ray tracking technology.

The analog face “simulates the light and shadow falling across it and the movement of the clock hands simultaneously reveal and hide the light, changing dynamically throughout the day.” It can be customized with a full screen or circular dial, black or white background, tick marks, four complications, and a monogram.

Unity Lights has some of the coolest tech we’ve ever shipped in a watch face: raytraced shadows. on a watch. I still kinda can’t believe it.

The Samsung Galaxy S23 series may be launching in early February. Leaks suggest that, unlike last year, Samsung's new lineup of flagship smartphones could make their debut during the traditional window of time. According to a report from Korean news outlet Korea JoongAng Daily (via The Verge), the latest entry in the Samsung Galaxy line...
Steve Vegvari
27 mins ago