As noted by MacRumors, the Activity app on the iPhone has been updated to show a new Apple Watch activity challenge in celebration of World Environment Day on Friday, June 5. 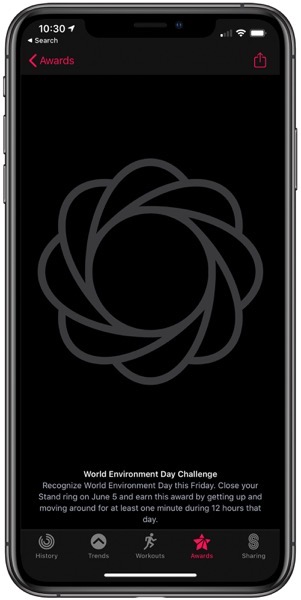 Starting tomorrow, Apple Watch owners will be able to complete the new ‌activity challenge, which is basically asking the users to close their Stand rings.

Users who the challenge will be awarded with a unique badge viewable in the Awards section of the Activity app on ‌iPhone‌ and ‌Apple Watch‌.

Here’s what Apple says about the challenge:

“Recognize World Environment Day this Friday. Close your Stand ring on June 5 and earn this award by getting up and moving around for at least one minute during 12 hours that day.”

Apple has intentionally chosen a stand goal challenge amid the COVID-19 pandemic as it is simple to complete and does not require leaving the house.