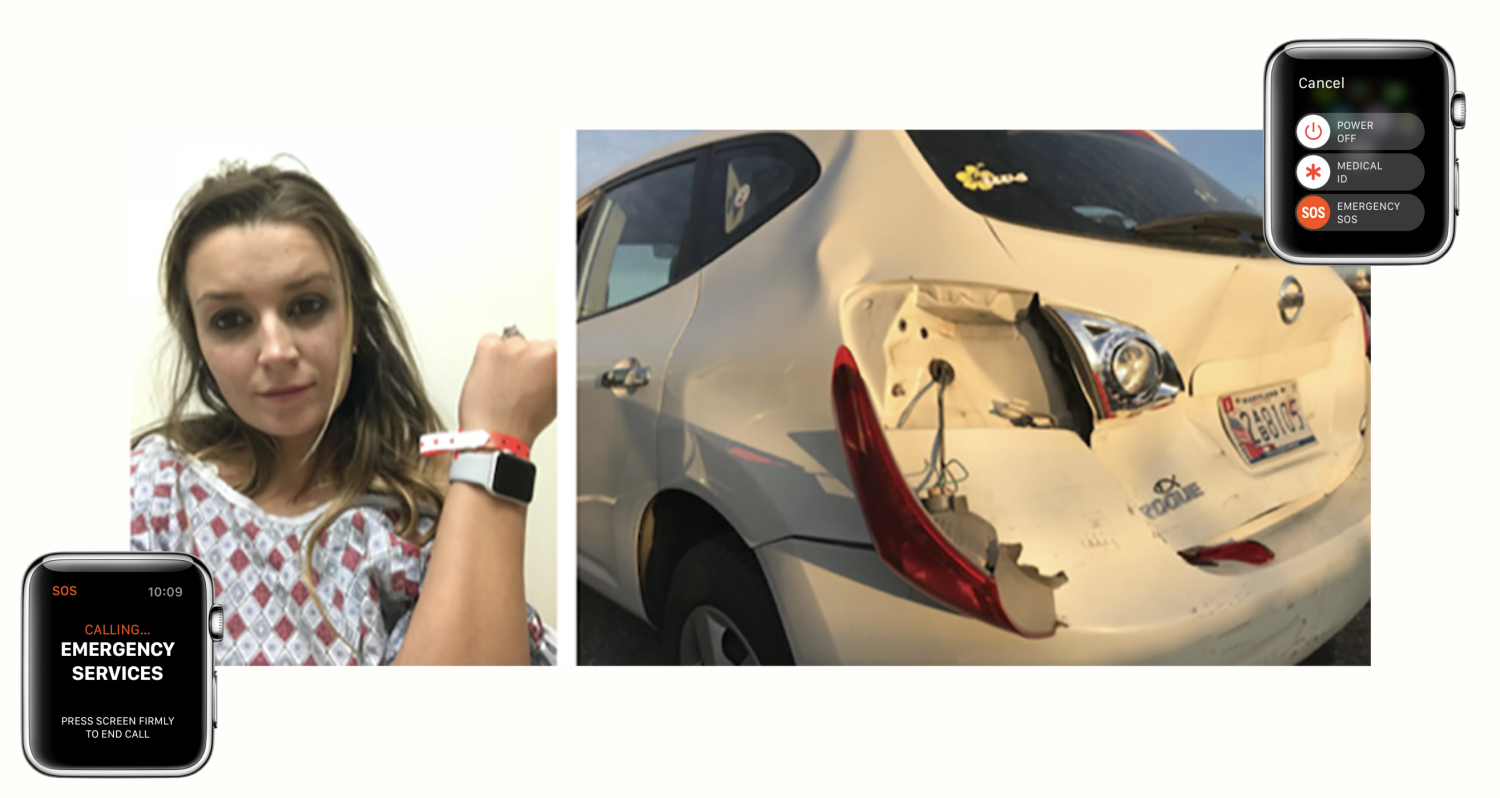 According to a new report from 9to5Mac, the Apple Watch is continuing to save lives with its convenient Emergency SOS feature.

Kacie Anderson, a 24-year-old mother, is the latest example of someone with a life-saving experience with the Apple Watch. Anderson said that the device saved her and her nine-month-old son’s lives when they were involved in a crash caused by a drunk driver.

After being hit by the drunk driver, Anderson used the Emergency SOS feature on her Apple Watch to call 911. This worked out very well for her as her phone would have been out of reach at the time. In an interview with Shape, Anderson said:

“The moment he hit us everything inside the car went airborne. My face took a horrible blow to the steering wheel, headrest, back to the steering wheel, and then to the window.  I blacked out for about a minute and could not see. My eyes were wide open but all I saw was black. My hands flew around to feel for my phone and then I realized I had my watch on and commanded it to call 911.”

Anderson said that she has used an Apple Watch for fitness tracking for years, but has never used it for the SOS feature before. She said that she feels “blessed” to be wearing the device after it saved her and her son’s lives.

Apple added the Emergency SOS feature in 2016 when it released watchOS 3. In North America, if you hold down the side button on the Apple Watch for a few seconds it will start to call 911 and send an SOS message to your emergency contact.