Did an iOS Developer page leak the existence of Apple’s upcoming wearable, which many have deemed the ‘iWatch’? According to The Apple Media Service page (via Punchkick Interactive), which documents the Bluetooth 4.0 service, images depict an iPhone and also a watch-like wearable, as seen below: 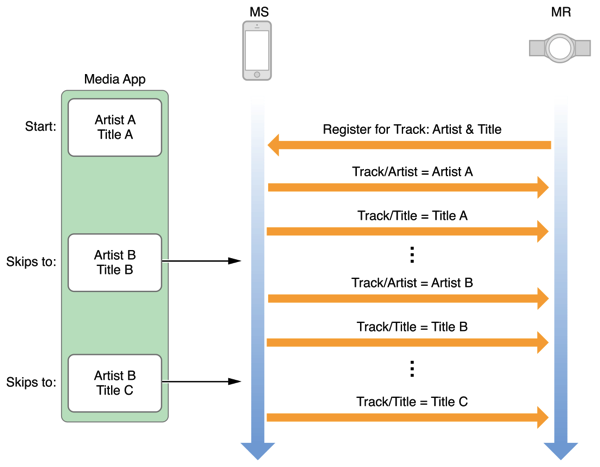 The document details how the “MR” or Media Remote (the pictured watch) can control media playback controls on the “MS” or Media Source, which depicts the iPhone. This developer page was last updated on September 4. The Verge notes this image has been used for a while now in developer documentation, so it could just be a placeholder.

This looks like pretty solid evidence the Apple wearable is real, despite numerous media reports which already have confirmed NFC and a flexible sapphire glass display. The Apple wearable is said to debut at next week’s September 9 media event and is said to be available for pre-orders for a 2015 release date.