Apple’s Siri website, an extension of its iOS page, has been updated this afternoon to explain more ways to use the virtual assistant. The site now offers eight categories to display examples on what you can say to showcase Siri’s vast powers and capabilities.

iOS 8.3 today was released to bring Siri to more international languages including Russian, Danish, Dutch, Thai, Swedish, Turkish and Portuguese. These improvements set the stage for the launch of Apple Watch on April 24, which relies on your iPhone via a Bluetooth connection in order for Siri to work. Siri, in our tests within iOS 8.3 works much faster than before.

Leading up to the Apple Watch launch, asking Siri about the smartwatch will also bring up some cheeky and interesting answers as well. 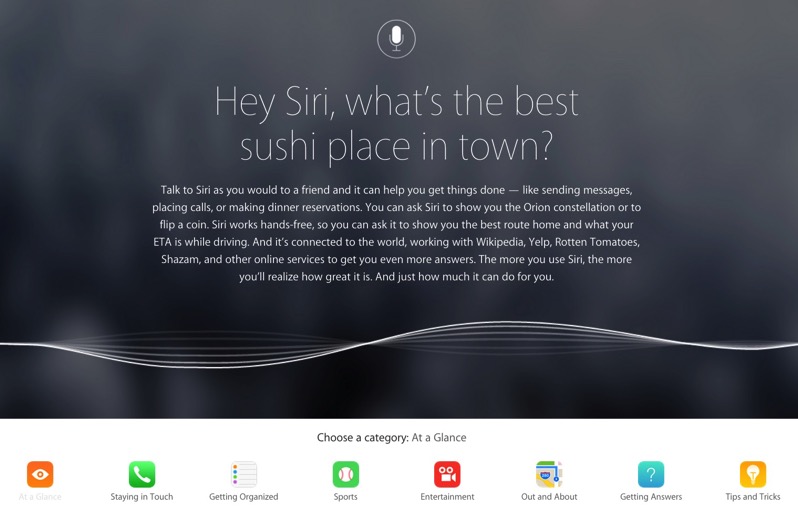 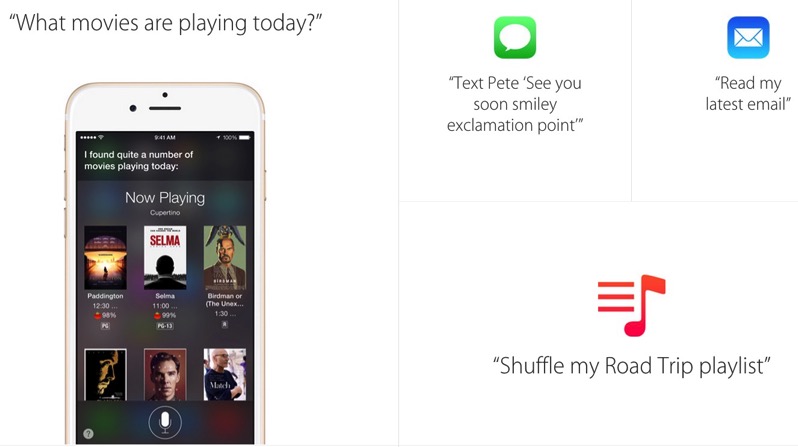 Apple also has some fun, showcasing things to ask such as “What does the fox say?” and “Roll the dice”. There are lots of new ways to use Siri on this page and it’s definitely worth checking out.