Apple Will Generate Even More Revenue With iPhone 5, iPad 3 & LTE iPhone Each Quarter

Just a couple of days back, Apple’s stock (AAPL) reached its all-time high when it was trading at $422 per share. But looking at the latest reports suggesting Apple’s upcoming products such as the next generation iPhone handset, a Retina display iPad 3 and an LTE iPhone in 2012, it shouldn’t be long before the stock price hits $450 mark. According to a recent publication by AllThingsD, Apple’s fiscal first quarter will likely be a monster, and its second even more of one. 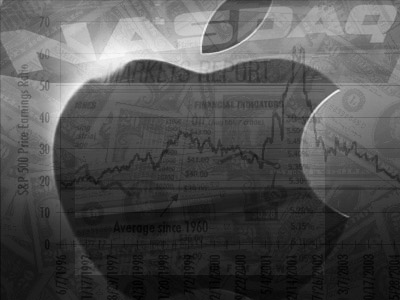 “While the iPhone 4 appears to be selling well due to existing market demand and new markets, we expect a bump up from the iPhone 5 this October, and a lower end iPhone geared towards emerging markets. With the introductions ahead of the holidays, we expect a monster FQ1 (Dec) from Apple. Furthermore, in 1H12, we expect the introduction of a 4G LTE iPhone with a materially improved user interface and the iPad 3.”

“With this sort of momentum, Apple seems almost unstoppable.”

Apart from projected sky rocketing iPhone sales worldwide in Q4 of 2011 and 2012, Apple is also planning to update its Mac and iPod lines with rumors of an upcoming white colored fifth-gen iPod touch already circulating all over the web. Alongside, public iCloud launch at the upcoming annual Media Event and an improved Apple TV in the coming few months should further boost app and media sales for the Cupertino based money making giant.

Weeks after the official launch of the iPhone 14, Apple is already scaling up its new flagship product production. In order to meet demand, Apple will now be manufacturing its devices in India via Foxconn's plant in Sriperumbudur, Tamil Nadu. Apple officially revealed the iPhone 14 series on September 7th. Following its launch soon after,...
Steve Vegvari
25 mins ago