A series of 45 newly granted patents for Apple published today by the U.S. Patent and Trademark Office (USPTO) covers patents for advanced automotive control systems, displays with unique openings that could be used for audio, wireless transmissions and much more, PatentlyApple is reporting. The two patents i.e one for an advanced automotive access and other for unique displays, have been covered by the source in greater detail. 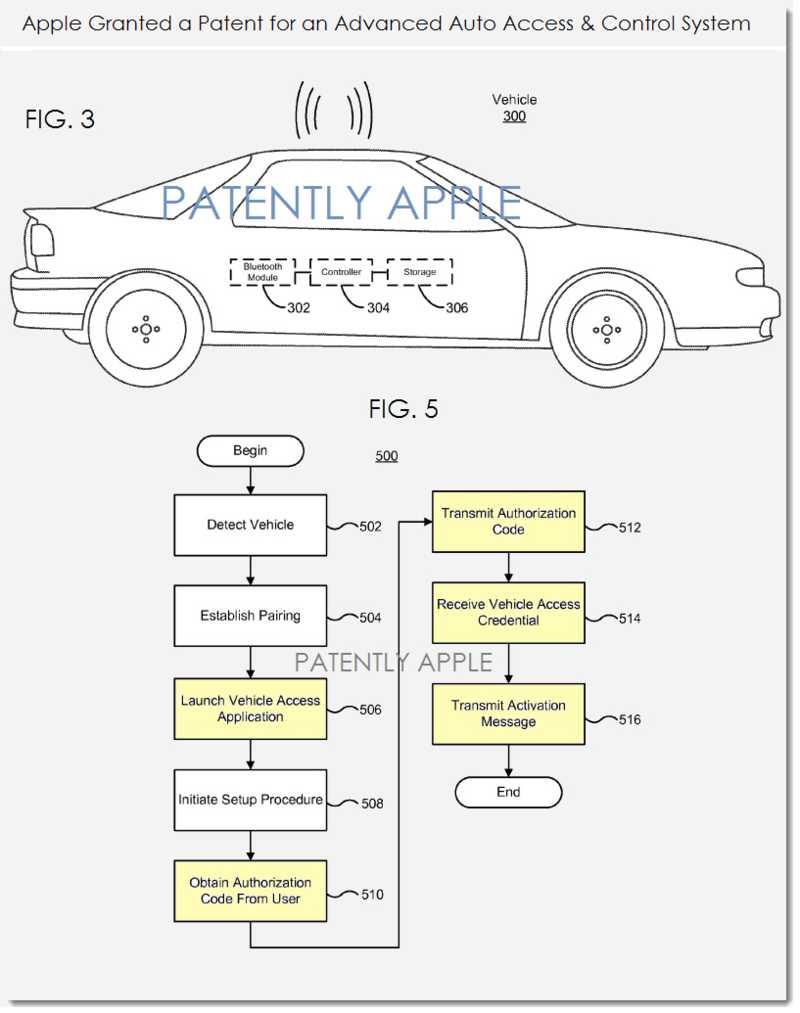 Apple’s patent titled “Accessing a Vehicle using Portable Devices”, covers an invention relating to wireless communication between computing devices and more particularly to using portable computing devices to access a vehicle. The filing reveals that future iPhones will be able to open your car door, start your engine, shut off your engine for specific time frames, be able to program complete personalized car settings and lots more.

The other granted patent titled “Electronic Devices having Displays with Openings”, covers the company’s invention relating to flexible displays that have openings designed into the display. Apple notes that signals associated with the electronic component may pass through the openings.

The electronic component may be a structure that uses light such as a camera, a light sensor, a light-based proximity sensor, a status indicator light, a light-based touch sensor array, or a secondary display that has display pixels that may be viewed through the openings.

The electronic component may also be a structure that uses radio-frequency signals such as an antenna. Antenna structures may, for example, include a near field antenna or other antenna structures. According to Apple there could be one or one-thousand holes designed into such a display”.

Both patents were originally filed by Apple in Q4 2011.