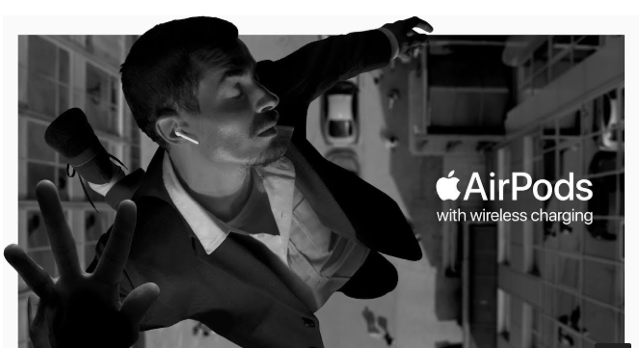 Last year, Apple aired an ad titled ‘Bounce’ showcasing the AirPods with Wireless Charging. The ad showed a man dancing and bouncing around a city that looks to be made out of trampolines, but of course, his AirPods stayed intact.

That ad has now taken top honours in the 99th ADC (Art Director’s Club) Annual Awards for advertising, earning the “Best of Discipline” award along with two Gold Cube awards in the craft in video and branded content categories (via MacRumors).

The ADC Annual Awards is the oldest continuously running industry award show in the world. Now in its 99th year, these Awards celebrate the very best in advertising, design, illustration, photography, packaging, motion and digital media, all with a focus on craftsmanship and innovation.

Check out the nearly 2-minute ad below with “I Learnt Some Jazz Today” by Tessellated playing in the background.

Google today announced the Pixel 7 and Pixel 7 Pro during its 'Made by Google' launch event. The new phones are Google's follow-up to last year's Pixel 6 series, which the company said during the event is the best-selling Pixel lineup ever. Pixel 7 features a 6.3-inch FHD+ display with a 90Hz refresh rate and...
Nehal Malik
41 mins ago

We now have Google Pixel Watch Canadian pricing to share. This is the first smartwatch built by Google and has a circular, domed design powered by Wear OS. Google Pixel Watch will have apps from Google such as Maps, Assistant and Wallet, while you’ll get health tracking by Fitbit. Check it out below… Pixel Watch […]
Gary Ng
54 mins ago

Google officially unveiled all the details of its new Pixel 7 and Pixel 7 Pro smartphones at its Made by Google ’22 live event today from the Williamsburg neighbourhood of New York City. While the design of both the 6.3-inch Pixel 7 and 6.7-inch Pixel 7 Pro have already been shared, more details were revealed […]
Gary Ng
56 mins ago