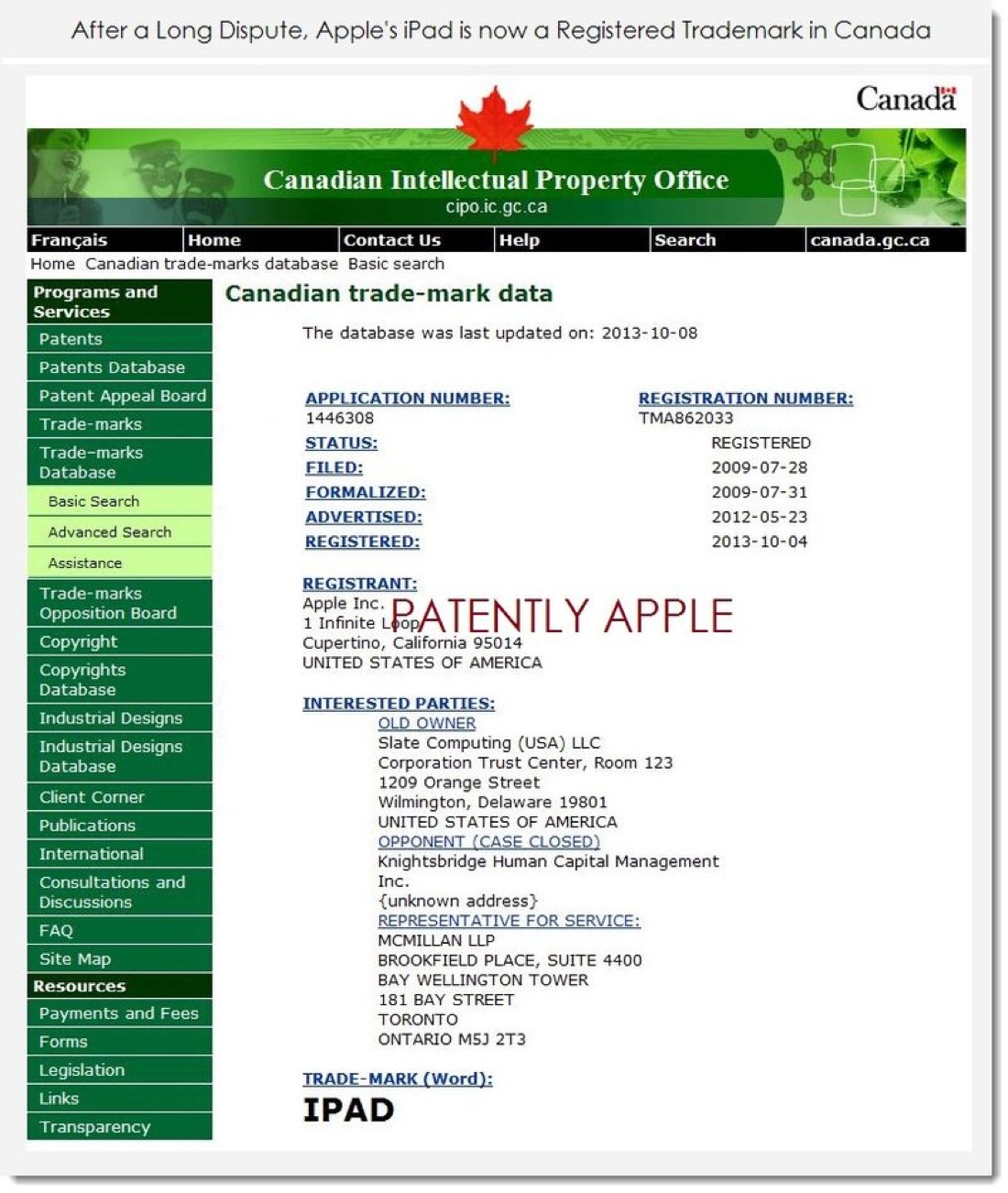 The Canadian Intellectual Property Office has published a documentation, confirming that “iPad” is now an official trademark of Apple in Canada. According to PatentlyApple, Apple’s legal team has been battling it out with Acer and Knightsbridge Human Capital Management for past 4 years and on Friday October 04, 2013, Apple was finally granted a registered trademark for “iPad.”

Only last year, Apple settled their iPad trademark dispute with Proview Technology in China for $60 million. The source details that in Canada, both Acer and Knightsbridge HCM were opposing Apple ever gaining the “iPad” trademark. But merely weeks after a win in Brazil, enabling Apple to legally use its brand name “iPhone” in that country, Apple has eventually won the “iPad” trademark in Canada.

“In the Canadian case, it was a matter of opposition to the trademark rather than it being a legal claim of ownership. After exhausting every opposition proposal opportunity at their disposal, the opposition’s arguments didn’t stand with Canada’s IP Office and Apple was granted their trademark as noted in the graphic below.” 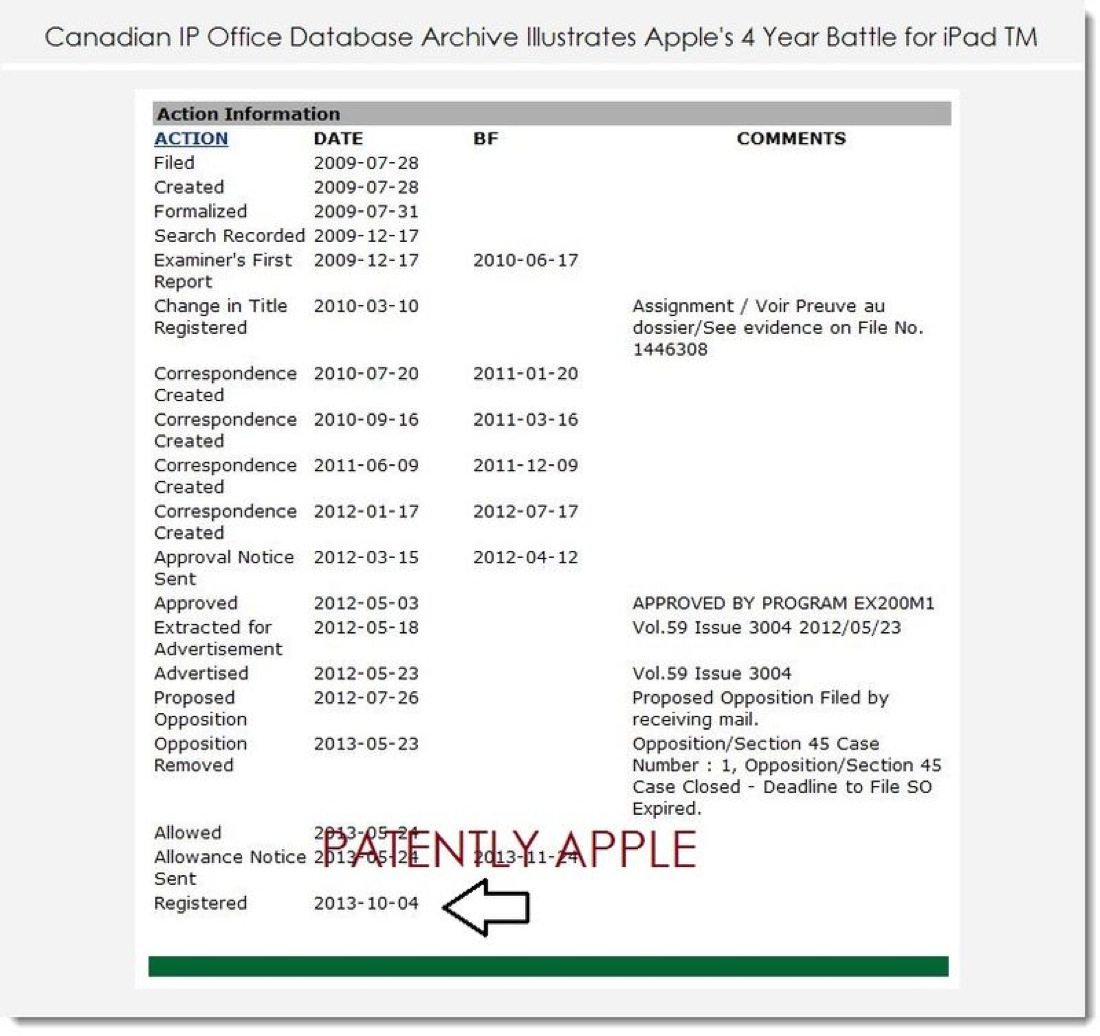