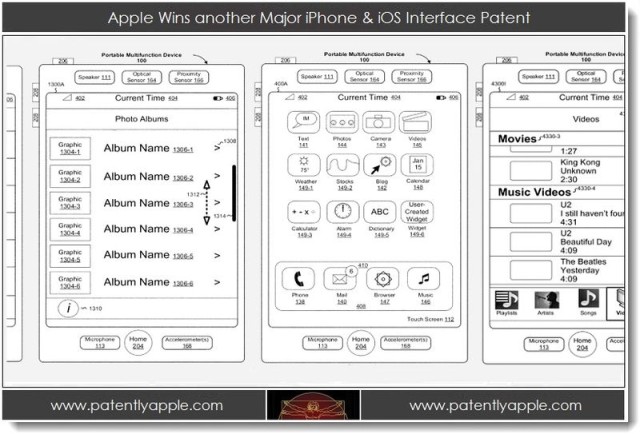 Since Apple changed the smartphone game, back in 2007, all the other smartphone manufacturers have been trying to catch up, often putting out products that are very similar to Apple’s iPhone and iOS. This often results in copyright and patent disputes. Today, Patently Apple published an article reporting that Apple was just granted another patent, pertaining to the iPhone and iOS. In fact they were recently granted 25 new patents, but the one that caught Patently Apple’s eye was a patent for iOS’s GUI for displaying lists and documents.

As I interpret this one patent, it seems to cover a lot of different aspects of today multi-touch interface smartphones, and could help Apple in numerous on going lawsuits. Here are the notes, as Patently Apple published:

Who knows how this may effect the current lawsuits regarding multi-touch interface, but this seems like a win for Apple. It is widely known that the the introduction of the iPhone changed the smartphone market forever. This new patent helps solidify Apple’s claim that that have revolutionized this market.