Apple has been granted a patent for touchscreen-based telematics system by the U.S. Patent and Trademark Office today, that allows users to easily and safely perform certain vehicle functions. AppleInsider is reporting that the system incorporates embedded knobs, sliders, and switches with a tactile display to give driver’s feedback so they can keep their eyes on the road. 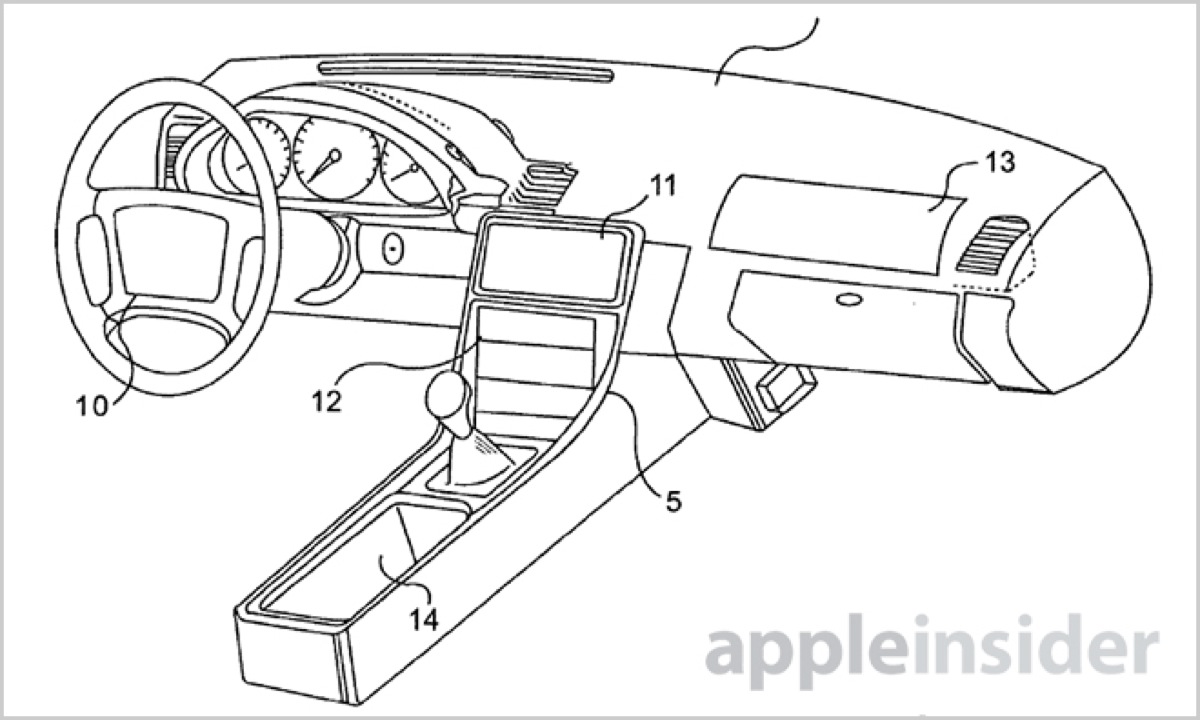 Referred to as “Programmable tactile touch screen displays and man-machine interfaces for improved vehicle instrumentation and telematics“, the patent details that by applying tactile feedback, drivers can more effectively change car settings such as climate control without having to look away from the road. Targeted to sit at the centre of car’s dashboard where navigation, entertainment, and environment controls are usually placed, the fully programmable system can also take over other car functions like window wiper control.

Numerous embodiments are covered in the patent literature, including a heads-up display (HUD) embedded in the armrest, screens that respond to laser pointers as modes of input, and even cameras that detect a driver’s head position. Most of the examples, however, revolve around a touchscreen onto which images are projected, thus making the system highly programmable and flexible.

The screen itself can have raised ridges, indents or other tactile properties to facilitate operation without diverting attention away from the road. Notches, or grooves, and raised ridges are perhaps the most feasible in a real-world system. Some car makers already offer such solutions in their branded infotainment centers.

The telematics patent was first filed back in 2009.