According to a new report by The Wall Street Journal, Apple is working with more than 40 technology companies to make the iPad a better work tool.

The initiative, which is called the Mobility Partner Program (MPP), is an effort to change the way business is done and boost lagging iPad sales.

Apple’s partners in the program include smaller companies like accounting firm Xero, digital cash register company Revel Systems, and field-service software firm ServiceMax. Xero has been invited to train Apple business specialists while other undisclosed partners were invited to an Apple sales conference in March.

Within the program, Apple reviews its partners’ apps and makes suggestions on their work. Apple has also suggested that companies who make complementary apps work together to make their apps compatible, ensuring a richer experience for users. 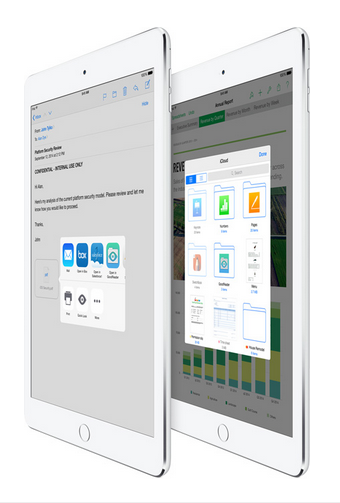 The partnership has also worked in reverse, with the Cupertino company’s partners getting Apple in touch with business customers in a whole new way. However, it is still unclear which companies are participating in the program, and some of Apple’s partners don’t even know the other participating companies or what their role is in selling apps.

Apple also doesn’t want companies to refer to the program by its given name, MPP, in public. The new initiative is similar to the exclusive partnership between Apple and IBM, in which IBM will begin selling iOS devices to corporate customers and developing enterprise native iOS apps.