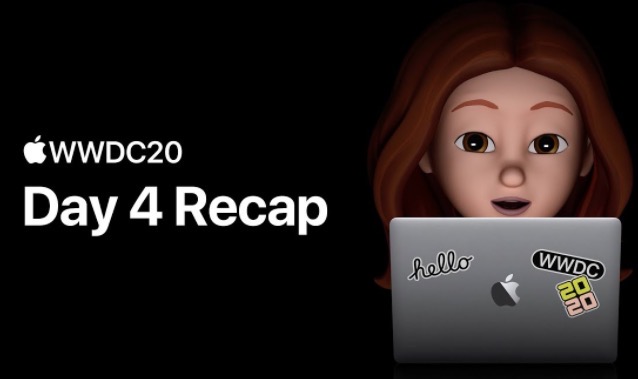 Apple has been sharing daily recap videos of WWDC20, with the latest being a recap of Day 4 from Thursday, June 26, 2020:

We explored how developers can utilize new Siri functionality to craft great interactions, and how you can provide custom vocabulary so that Siri can respond with more accuracy and personality. SwiftUI 2.0 unveiled some new functionality with Outline Group and DisclosureGroup, giving you the power to tailor the progressive display of information in your app. We also learned about keyboard and mouse support for iPad games, how to optimize a Mac Catalyst app, and tons more.