Apple’s 10-K SEC Filing Reveals the Company Has Over 76,000 Employees 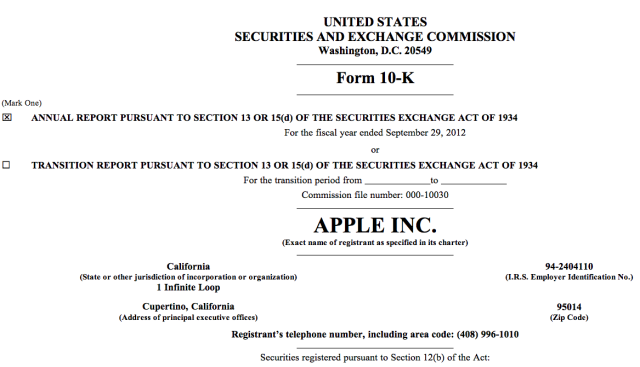 Apple filed their 10-K this afternoon to the Security and Exchange Commission (SEC). The report is required by law to be submitted within 60 days after the end of a fiscal year (Apple recently announced their 2012 Q4 earnings) and also contains more detailed info compared to regular annual reports.

Here are some detailed numbers from the filing, posted a couple hours ago: