Less than one week after Apple launched a new ’12 Days of Gifts’ iOS app, the latter has released an early freebie in the firm of a music single. In this case, it’s the track ‘No Better‘ by Lorde, which is available in Canada.

The New Zealand singer-songwriter released the surprise single three days ago, pulling a move like Beyoncé, but on a much smaller scale. 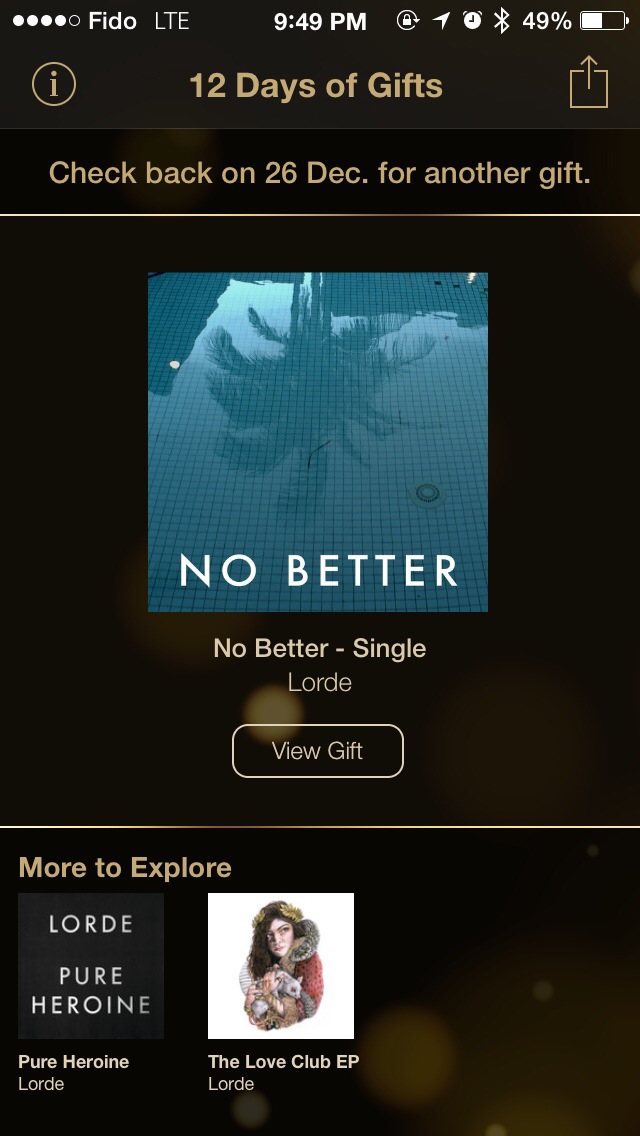 All you have to do is launch the app and the early freebie will appear. The official freebies kick off on December 26 to January 6. Let us know if you’re going to nab this one!