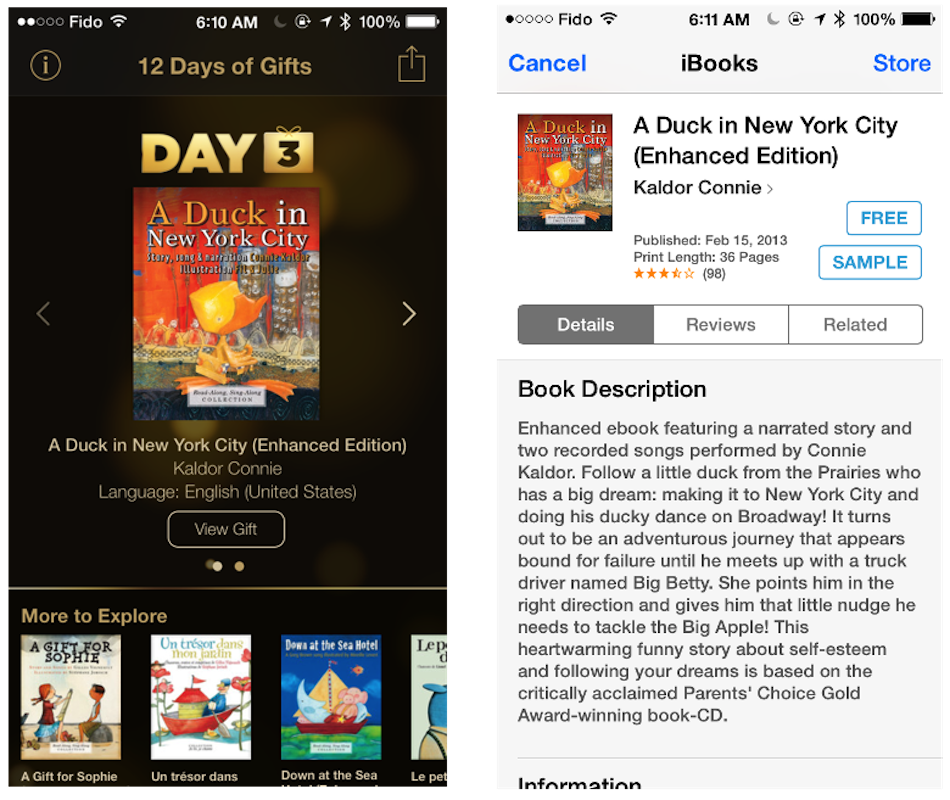 The enhanced edition of the ebook features a narrated story and two record songs performed by Connie Kaldor. Follow a little duck from the Prairies who has a big dream: making it to New York City and doing his ducky dance on Broadway!