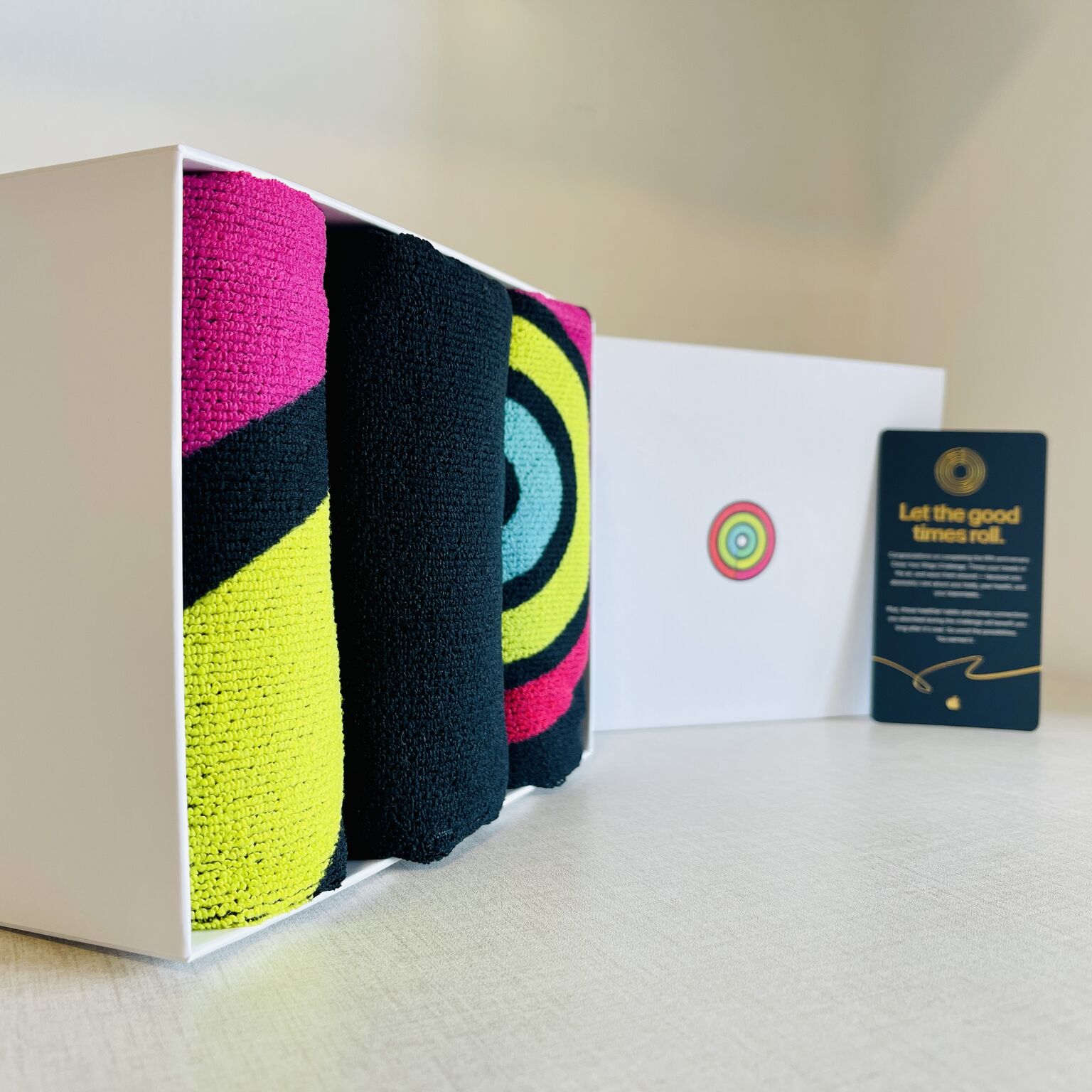 According to a tweet from 9to5Mac‘s Parker Ortolani (@ParkerOrtolani), Apple has reinvented the rewards for its yearly employee fitness challenge, with the rewards for this year being premium, custom-printed towels.

The reward box was originally posted to LinkedIn by Elad Wertheimer, an Apple employee. 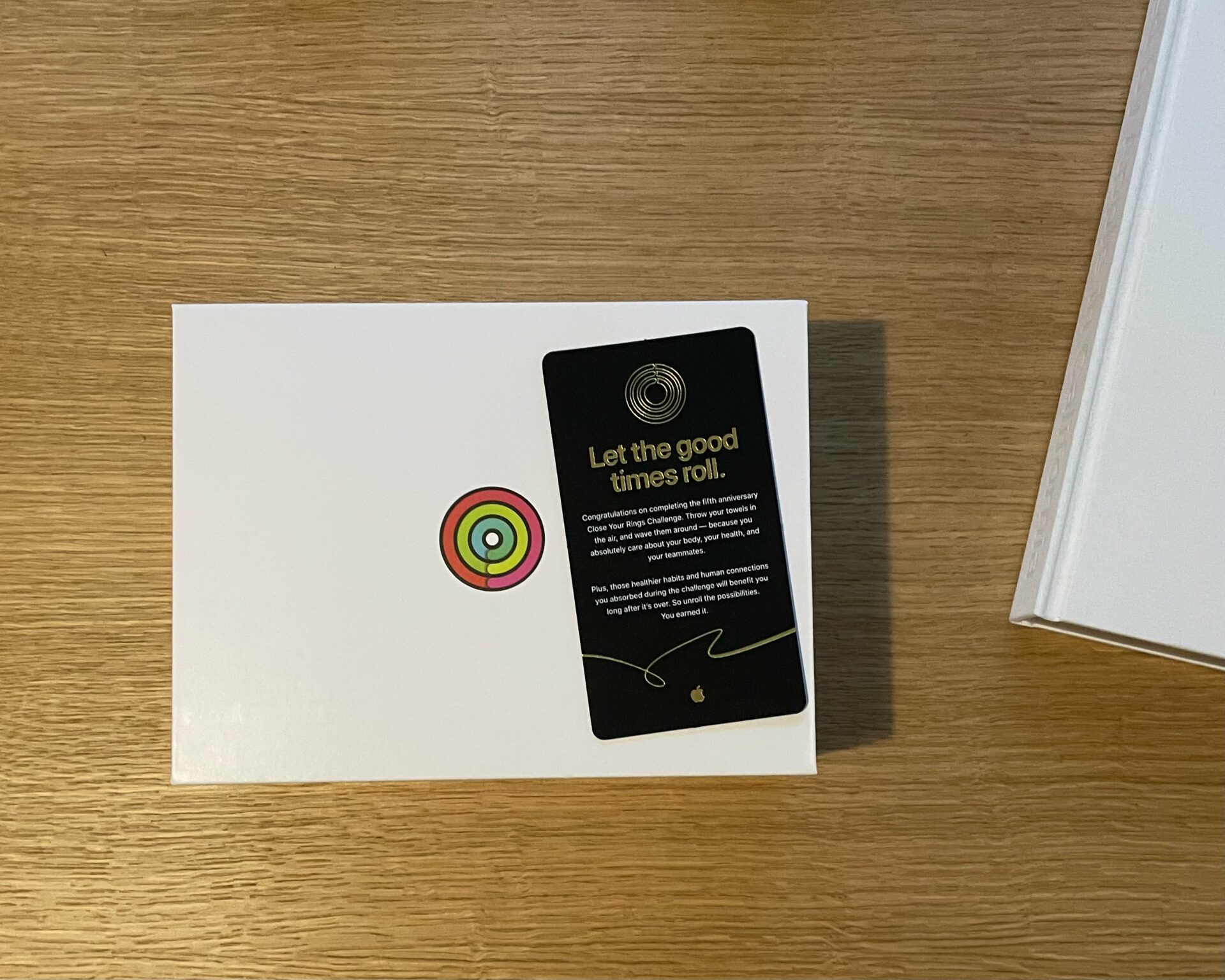 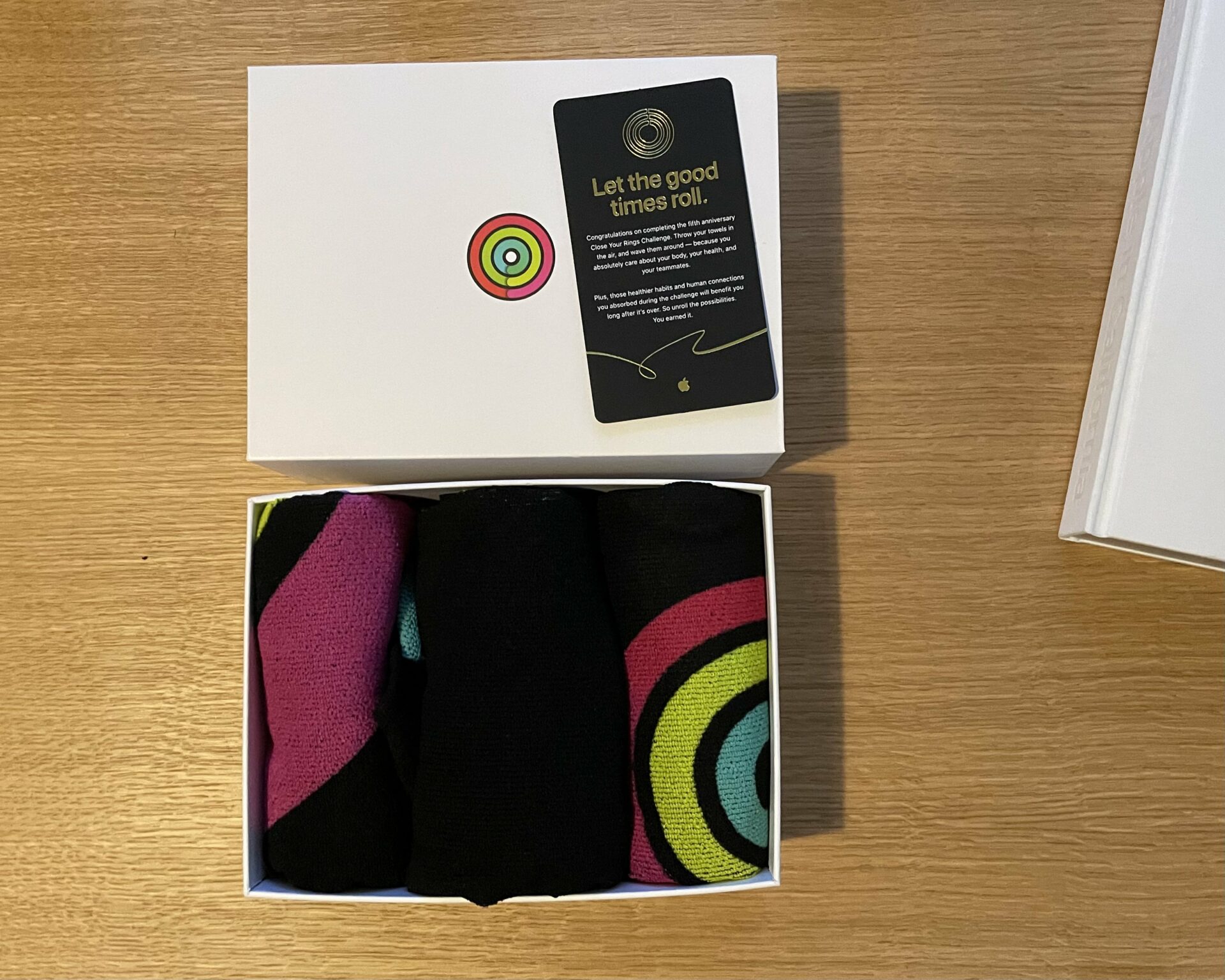 In 2017, Apple inaugurated an internal fitness campaign for its employees — the ‘Close Your Rings’ campaign promoted exercise and fitness among workers by encouraging them to close their Apple Watch Activity Rings for standing, moving, and exercising every day. this year marks the fifth anniversary of the challenge.

At the end of each challenge, Apple hands out rewards to the year’s top performers. This year, the reward consists of a set of towels with custom-printed Activity Rings graphics, along with a congratulatory card toasting employees on completing the challenge.

Apple also runs a similar campaign and challenges for its users, although the rewards for those are limited to a fitter body and a healthier lifestyle.

Speaking of the Apple Watch, the iPhone maker’s flagship wearable is due for a refresh — the Apple Watch Series 7 was recently detailed in new leaks, and is expected to launch sometime this year (if not alongside the iPhone 13 later this month).

[caption id="attachment_322949" align="aligncenter" width="799"] Image: OpenMedia[/caption] OpenMedia on Friday encouraged Members of Parliament from all parties to support Bill C-288, which would require internet service providers (ISPs) to accurately report average broadband network performance to the public in each of the areas they serve. Bill C-288 comes from a private member and was tabled by...
Nehal Malik
31 mins ago