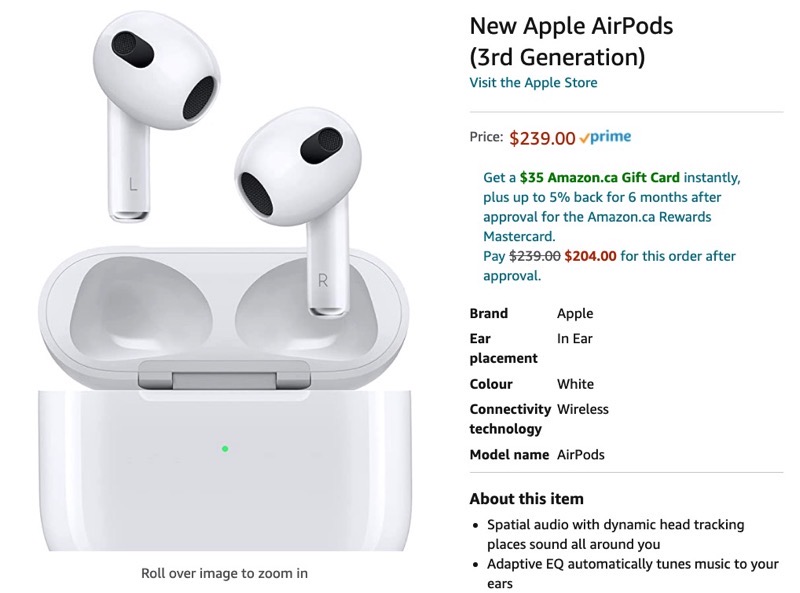 Apple announced its new AirPods 3 this week, debuting a new design and charging case, along with Spatial Audio support, Adaptive EQ and MagSafe charging case, but not Active Noise Cancellation (those are for AirPods Pro of course).

If you want to buy AirPods 3 on Amazon Canada, Apple recently added the new earphones to their store on the site, priced at the same $239 CAD. The AirPods 3 will be released on October 26, the same launch day as Apple.ca.

For those that have an Amazon store credit balance, you can now apply that to your AirPods 3 purchase, if you were thinking about buying these earphones. Returns with Amazon are also easier, as you can just toss your package into a Canada Post mailbox if it fits.

Click here to buy AirPods 3 on Amazon.ca–it’s worth noting Airpods Pro are currently on sale for $10 more than AirPods 3.