Apple’s App Store Hit with Outage for Some, iMessage and iCloud Issues Persist 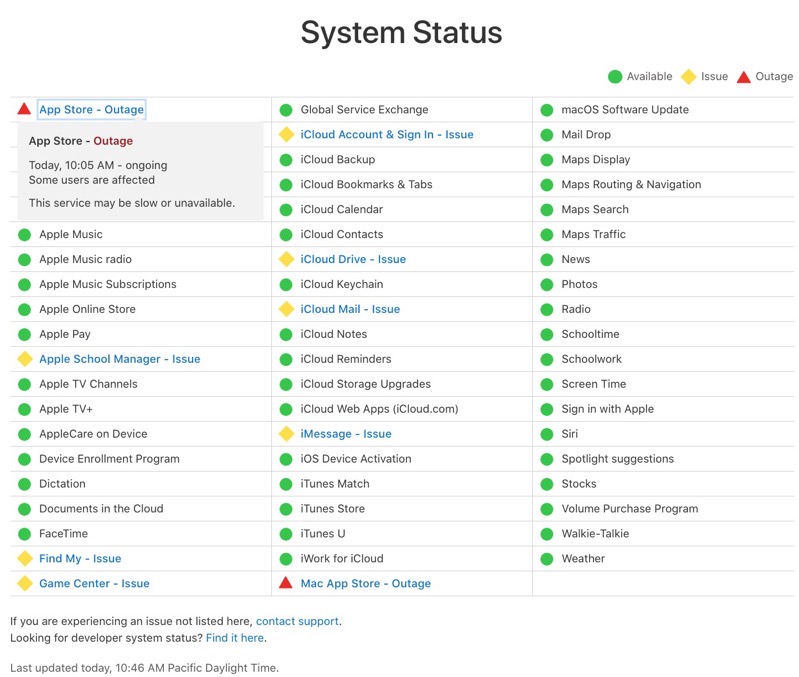 Apple appears to be dealing with an App Store outage, according to its System Status page for services.

As of 10:05am PST, Apple says the App Store and Mac App Store “may be slow or unavailable. Other services are also dealing with issues, where users may be unable to use the service, says Apple:

We were able to download and install apps in the App Store and updates as well, so we’re not seeing issues here.

Apple School Manager, Find My and Schoolwork did have an issue but it has since been resolved, as of writing. These issues should be fixed shortly by Apple, but any outages are an inconvenience to users.