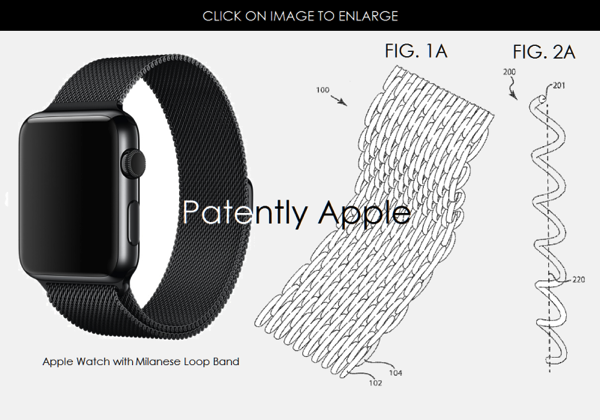 The spiral is then forced forward and cut off at a certain length. After this, the machine makes the next spiral. Once the mesh carpet is formed, it is cut into various shapes depending on the end product. Typical manufacturing process for Milanese mesh devices do not allow mesh carpets that are created to be flexible without the crimping of the mesh and or introduction of the intervening binding and locking coils discussed above. Thus, there is a need for a improved method for forming a Milanese mesh product.

Apple’s invention generally covers apparatuses and methods for forming a flexible mesh carpet. In one embodiment, a flexible mesh carpet may include a first wire coil. The first wire which makes up the coil may have a first surface and a second surface which oppose one another. The first surface and the second surface may be connected by surfaces that substantially form partial arcs.