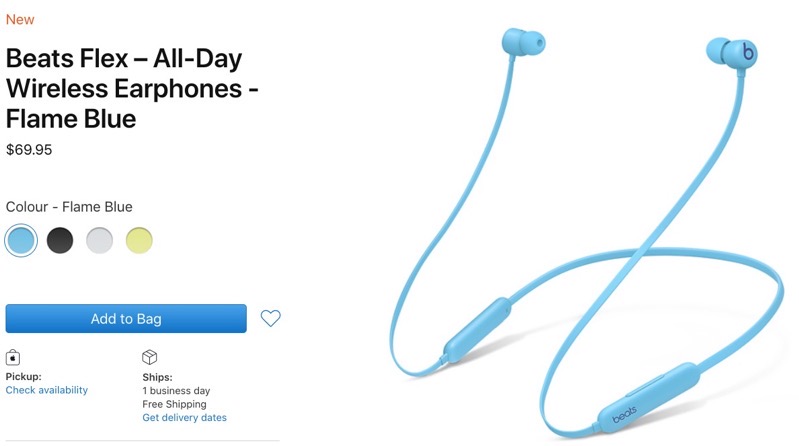 Beats Flex are priced at $69.95 CAD and launched back in October. The earphones feature Apple’s W1 chip found in the original AirPods and debuted only in colours Beats Black and Yuzu Yellow (or now Citrus Yellow according to the website). But now two new colour schemes available are reflective of the colder days of winter.

These wireless earphones feature 12 hours of battery life and charge via USB-C, while they also support Audio Sharing, allowing you share audio with a friend that has Beats or AirPods, when listening from an iPhone, iPad or Apple TV.

“Magnetic earbuds make listening that much easier by automatically playing music when they’re in your ears and pausing when they’re attached around your neck,” says Apple.

Apple, Google, Amazon, Meta, and Microsoft have all joined the University of Illinois (UIUC)'s Speech Accessibility Project to improve voice recognition algorithms for users with disabilities that affect speech and those with diverse speech patterns — reports Engadget. The tech giants are also joined by nonprofits like The Davis Phinney Foundation and Team Gleason in...
Nehal Malik
24 mins ago