According to the latest report from London-based Brand Finance, Apple has jumped 33% in ‘value’ to land in the number two spot at $39 billion, surpassing Microsoft but remains behind leader Google. 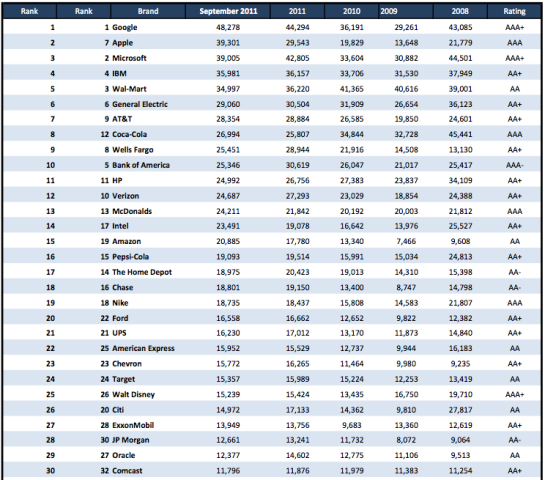 Earlier in the year, a similar survey by Brandz put Apple in the top spot. Both companies use different metrics to measure brand value, according to Fortune:

BrandZ bases its ratings, in part, on a survey of 2 million consumers. Brand Finance uses a more straightforward discounted cash flow technique to arrive at a net present value of a company’s trademark and associated intellectual property.

Apple surpassed IBM, Walmart, and General Electric in the process, which isn’t surprising given the Cupertino-based company is the largest company in the world in terms of stock valuation. Back in February, Apple still was the top brand in movie placements.

What about Canadian companies? The top three consists of banks with RBC, TD, and Scotiabank. Bell leads mobile operators at 4th, Rogers is 8th, Blackberry at 10th (they dropped almost 24%), and Telus is 13th. Check out the rest of the top 15 below: 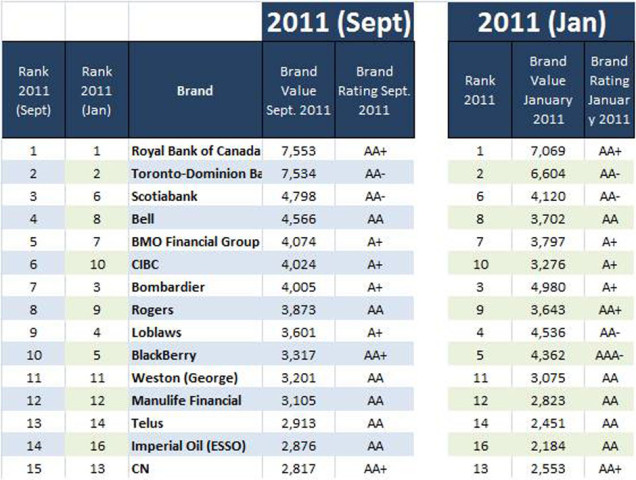