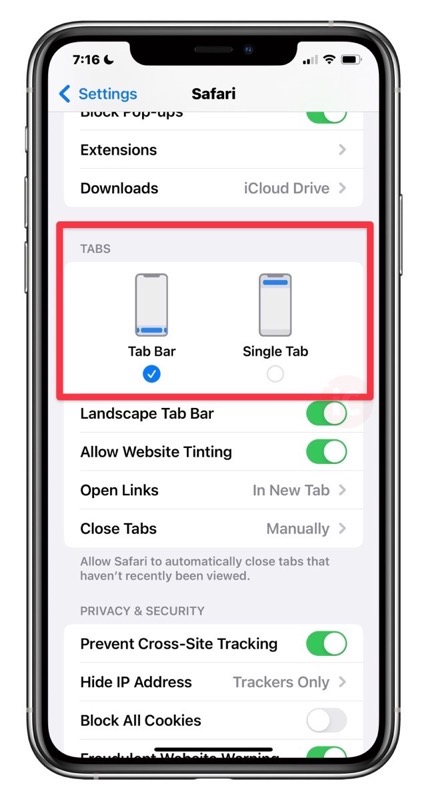 Apple’s iOS 15 Safari Tab Bar design is definitely a head-scratcher, as it moves the URL bar down to the bottom of the screen. But this controversial design has now become an option in iOS 15 beta 6, released on Tuesday for developers.

The Tab Bar is now optional in Safari settings on your iPhone. Under Settings > Safari, you’ll now see a toggle for Tab Bar or Single Tab, with the latter the original location for the URL bar as we’ve known it since 2007. There’s also an option now for ‘Landscape Tab Bar’, which you can also toggle off.

Apple is actually listening to beta testers, it appears, and have come up with a simple solution for the masses.

While the new Tab Bar is easier to access with iPhone displays getting larger and larger, it’s too radical of a shift for regular users including myself. Glad to see Apple has made this an option in iOS 15 beta 6—let’s hope it remains down the home stretch ahead of the final public release.

Apple supplier Murata Manufacturing Co. expects the tech giant to further cut iPhone 14 production in the coming months due to weakening demand — reports Bloomberg. Demand for some of Apple's latest iPhones has been underwhelming, with the company previously trimming iPhone 14 Plus orders by 40%. The waning demand is a function of stunted...
Nehal Malik
34 mins ago