Running on the back of this week’s issue of The New Yorker is the first print advertisement from Apple for its latest flagship smartphone, the iPhone 5S. As noted by MacRumors, the ad highlights the Touch ID fingerprint scanning technology which Apple introduced for the first time with iPhone 5S. 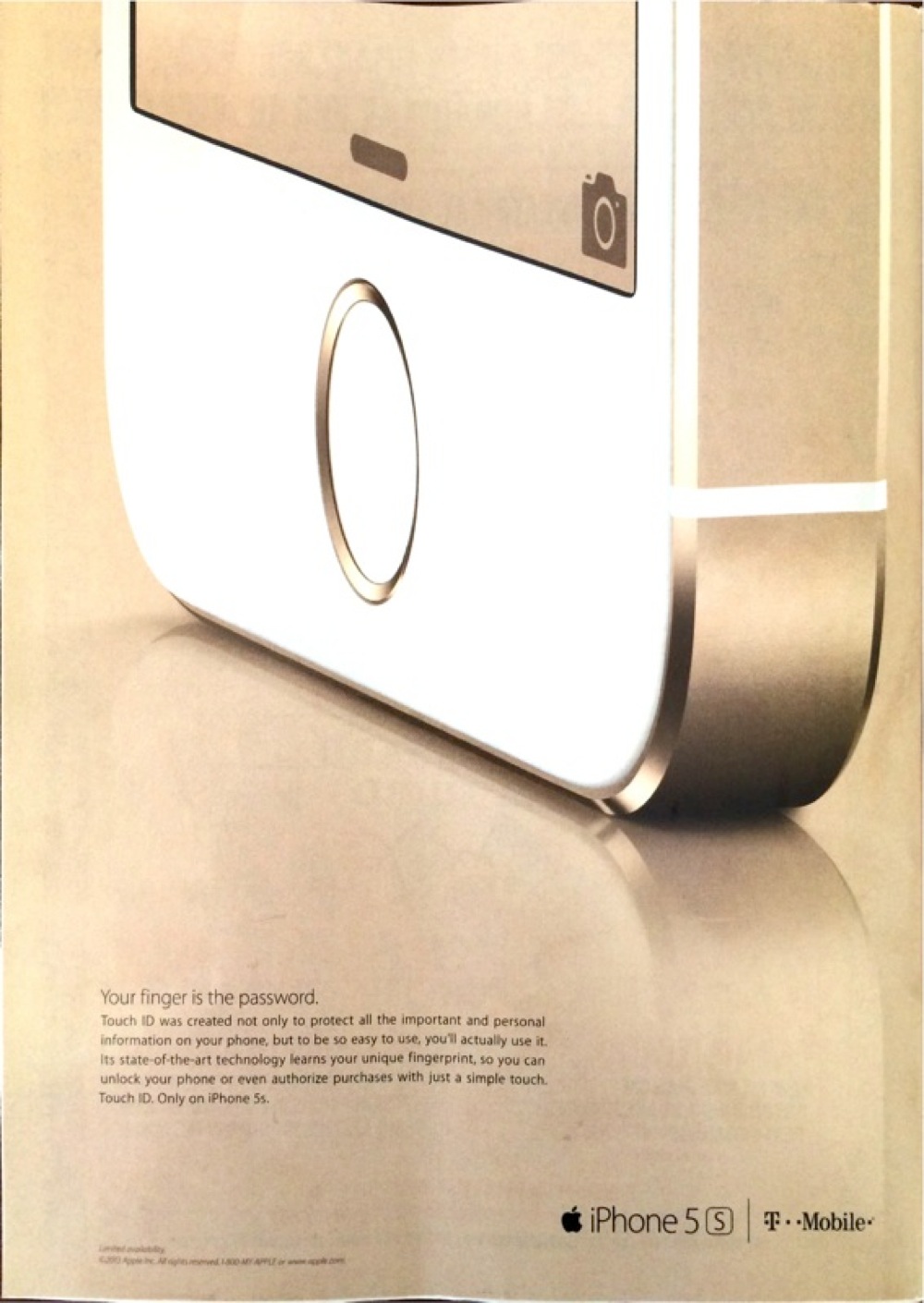 The print ad, which also appears in Entertainment Weekly as well, showcases a gold iPhone 5S, focusing on its home button. While the image (above) includes T-Mobile branding, Apple’s iPhone TV ads have usually rotated branding between all the carriers that carry the iPhone. Here’s what the caption says:

Touch ID was created not only to protect all the important and personal information on your phone, but to be so easy to use, you’ll actually use it. Its state-of-the-art technology learns your unique fingerprint, so you can unlock your phone or even authorize purchases with just a simple touch.

Touch ID. Only on iPhone 5s.