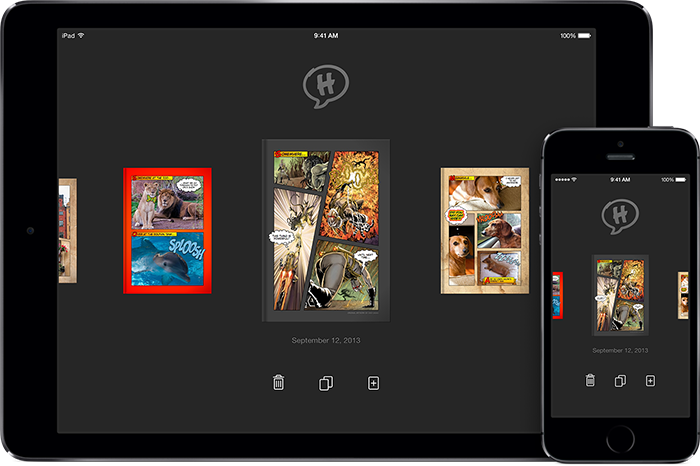 Halftone 2 – Comic Book Creator by Juicy Bits is Apple’s free app of the week. The app normally retails for $1.99 and is free for this week only. Easily turn your photos into comic book pages and videos with Halftone 2.

The app makes it easy to create comic and scrap books with your images. Choose a page layout, apply photo filters, position captions, add speech and thought balloons, place some WHAMs, BAMs, and POWs, mix in a few sound effects, and share your creation as an image, multi-page document, or high-definition video. There’s no faster or more fun way to share your stories. 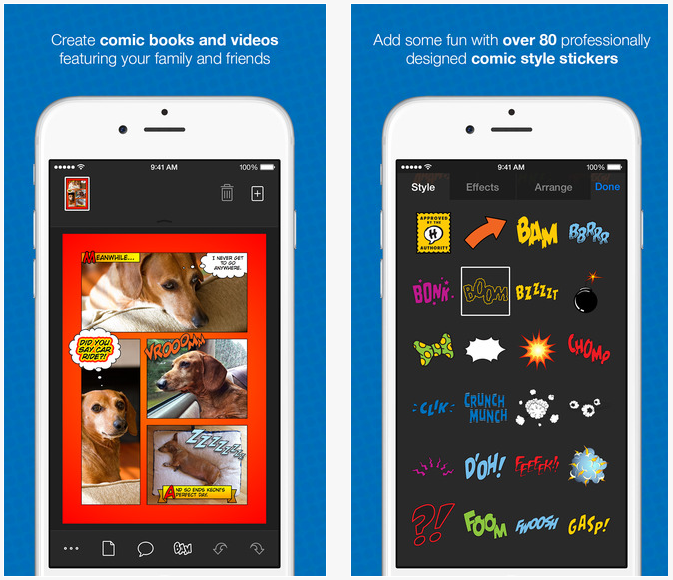 Here is a list of a few of the many features of the app:

Stamps
• Over 80 professionally-designed graphical shapes like WHAM, BAM, and POW
• Optional “Action Pack” in-app purchase adds over 50 more stamps designed by comic design company, Blambot
• A custom stamp feature allows you to add your own images (with support for alpha channels)
• A powerful 3D perspective feature lets you tilt your stamps to make them more dynamic

Halftone 2 – Comic Book Creator is available as a free download (normally $1.99) from the App Store. The app requires any iOS device running iOS 8.0 or later, and it has been optimized for the iPhone 5, 6, and 6 Plus. The app has in-app purchases that range around $1.99.