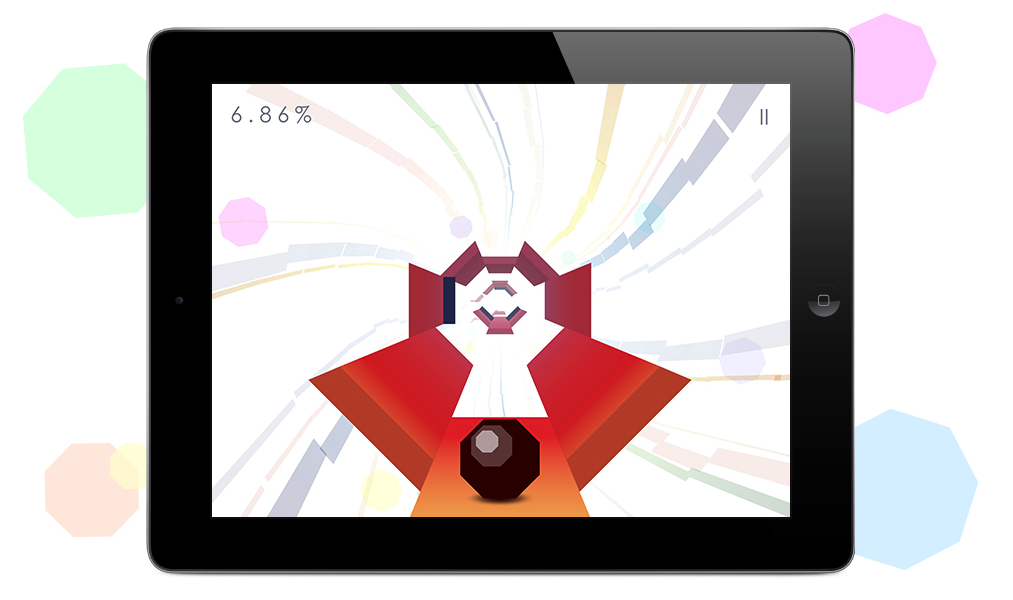 Octagon – A Minimal Arcade Game with Maximum Challenge by Lukas Korba is Apple’s free app of the week. The game normally retails for $2.79 and is free for this week only.

Octagon is a minimal arcade game where you have to move fast or you will be left behind. As the floor moves beneath you, spin your world around to dodge speed bumps. Flip upside-down to avoid holes, surf on top of the Octagon. You will have to do whatever you can do to survive the mad race through this 8-sided tunnel.

An energizing soundtrack by Sqeepo and psychedelic colour bursts keep you in the zone on your race to the finish. But with each round over after just 60 seconds, only super-fast reflexes will beat this very challenging game.

Octagon – A Minimal Arcade Game with Maximum Challenge is available as a free download (normally $2.79) from the App Store. The game requires any device running iOS 6.0 or later, and it has been optimized for the iPhone 5s, 6s, 6s Plus, and the Apple TV. The app does not contain any in-app purchases.

SpaceX has applied for the U.S. Federal Communications Commission (FCC)'s permission to equip 2,016 second-generation Starlink satellites with equipment that will provide T-Mobile customers with cellular connectivity when ground coverage is unavailable (via Tesla North). Back in August, SpaceX and T-Mobile announced a partnership to provide global satellite phone service, powered by second-gen Starlink satellites...
Nehal Malik
14 mins ago