Shades: A Simple Puzzle Game by UOVO is Apple’s free app of the week. The game normally retails for $2.29 and is free for this week only.

The game takes some queues from Tetris, with falling blocks of varying colours instead of different shapes. The blocks must be slotted into the correct position by the player. If you match two blocks with the same hue, the two blocks will combine to form a larger block of a slightly darker hue. 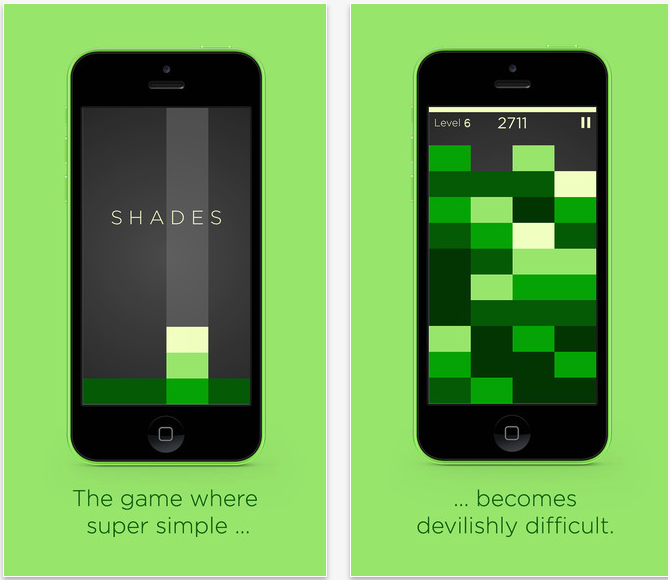 In order to clear a row, fill an entire row with blocks of the same hue. The objective of the game, much like Tetris, is to prevent your blocks from stacking up and hitting the top. Don’t be fooled by the game’s easy appearance, it is surprisingly difficult. 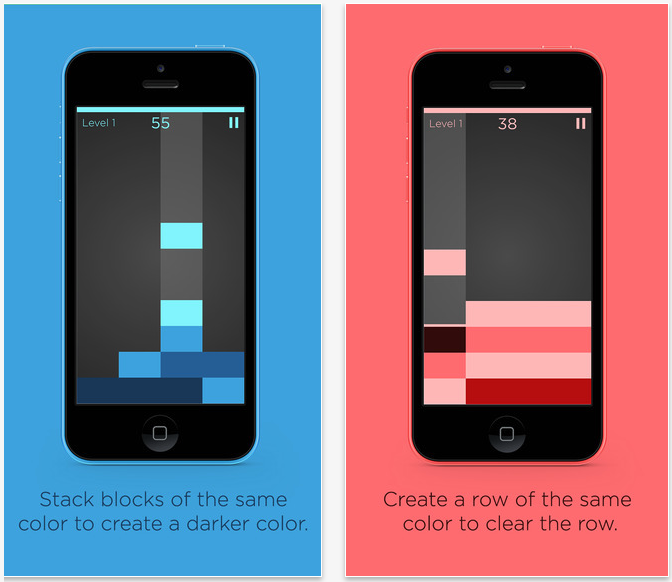 Shades: A Simple Puzzle Game is available as a free download (normally $2.29) from the App Store. The game requires any iOS device running iOS 7 or later, and it has been optimized for the iPhone 5, 6, and 6 Plus.