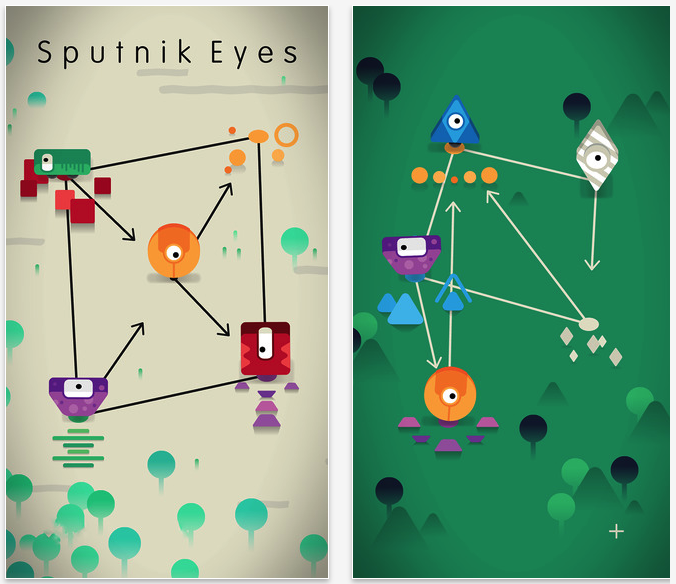 Sputnik Eyes by Shelly Alon is Apple’s free app of the week. The game normally retails for $1.99 and is free for this week only.

Sputnik Eyes, a unique puzzler that will have you guiding one-eyed geometric creatures as they explore new planets.

In Sputnik Eyes, you’ll be tasked with guiding geometric creatures called Eyes around designated paths to explore new planets, with the ultimate goal being to place each Eye on a platform matching its colour. While the gameplay is simple to understand, it becomes pretty challenging as you progress through levels.

Sputnik Eyes is available as a free download (normally $1.99) from the App Store. The game requires any iOS device running iOS 7.0 or later, and it has been optimized for the iPhone 5s, 6s, and 6s Plus.