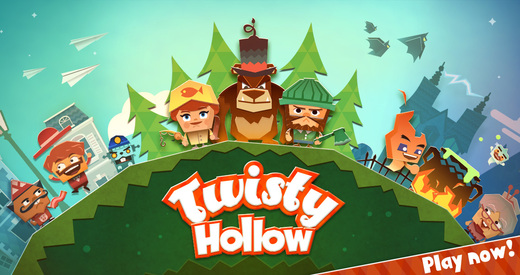 Twisty Hollow by Arkadium is Apple’s free app of the week. The game normally retails for $3.49 and is free for this week only.

A self-appointed mayor is spinning the town of Twisty Hollow out of order with nonsensical rulings. Support the citizens of Twisty Hollow by fulfilling their increasingly eccentric needs. Make smart combinations to create new goods.

Twist and match resources to make everything from burgers, to hand knit sweaters, to houses. However, you must be quick because the denizens of the Hollow are an impatient bunch. Here is a full list of in-game features:

– Solve the demands of a crowd of quirky customers, from ghosts to beavers

– Explore an imaginative story enriched by visuals that feel like paper

– Be challenged by a cast of unbelievable characters, from insolent Robomoles, to a menacing bear with a delicate manicure

– Unique controls built for touch screens from the ground up

– Universal app you can play on your iPad, iPhone, and iPod touch 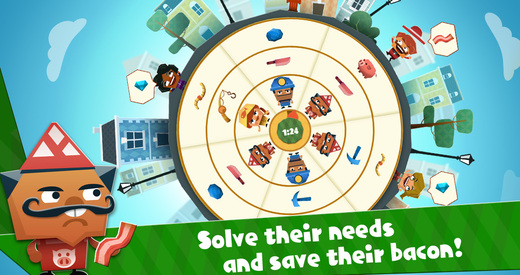 Twisty Hollow is available as a free download (normally $3.49) from the App Store. The game requires any iOS device running iOS 7.0 or later, and it has been optimized for the iPhone 5, 6, and 6 Plus.

Eero, an Amazon company, has just announced a new range of WiFi solutions, including eero PoE 6 and eero PoE Gateway Power-over-Ethernet (PoE) devices, for setting up faster, reliable WiFi networks at homes and businesses. The eero PoE 6 is a dual-band Wi-Fi 6 PoE access point that provides up to 2,000 square feet of coverage...
Usman Qureshi
20 mins ago

Amazon today announced at its special event an update to its best-sounding Echo speaker, the Echo Studio. This speaker is now available in Glacier White, joining Charcoal, while it also gets some enhanced audio technology updates, that will be available for all existing and new users. New custom spatial audio processing technology and frequency range […]
Gary Ng
29 mins ago

Apple's new Crash Detection feature, available on iPhone 14 and the company's latest Apple Watch models, is designed to automatically contact emergency services in the event of a severe car crash.  However, it can sometimes mistake a rollercoaster ride for a car crash (via Reddit). One Reddit user found this out the hard way when...
Nehal Malik
46 mins ago