Warhammer: Snotling Fling by Wicked Witch is Apple’s free app of the week. The game normally retails for $3.99 and is free for this week only.

The fate of the Realm once again hangs in the balance, and a powerful Wizard known as Ostergrim has arrived to lend The Empire his assistance in turning back the green tide. Join the crew of the Snotling Flinga and embark on an epic quest to crush The Empire in Warhammer: Snotling Fling. 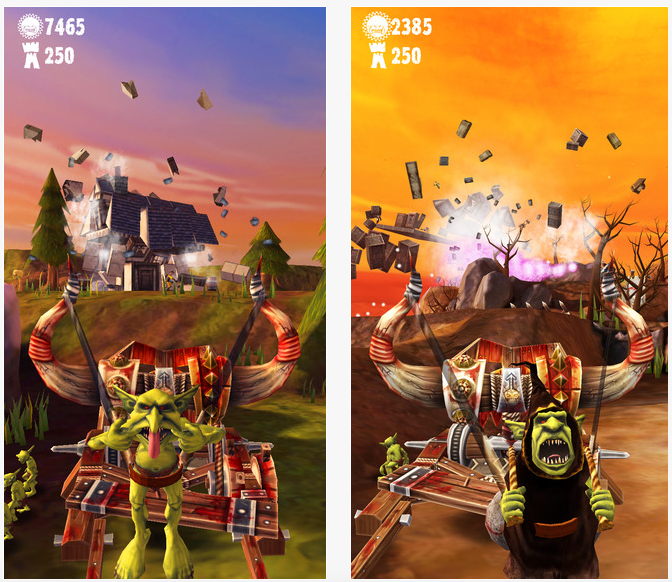 Control a fully laden Goblin War Machine with an arsenal of stupidly destructive projectiles that can knock even the mightiest of fortifications to the ground. The game gives users over 70 levels to complete.

Warhammer: Snotling Fling is available as a free download (normally $3.99) from the App Store. The game requires any iOS device running iOS 7.0 or later, and it has been optimized for the iPhone 5, 6, and 6 Plus. The app has in-app purchases that range between $0.99 and $14.99.