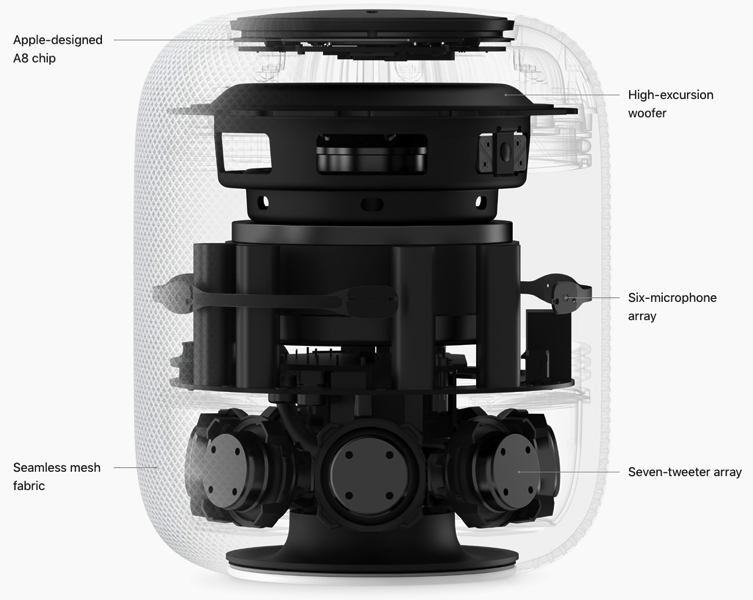 Apple’s HomePod, Files in iOS, and QuickTime Player in macOS all support FLAC audio playback. However, iTunes still does not support the FLAC format, which makes it more difficult users to use the high-quality file format.

The support for FLAC files in the HomePod was tucked away in the tail-end of the supported audio formats technical data. It is unclear why the format is supported by Apple unless they are planning to also add support to iTunes.

Audio sources encoded to FLAC are typically reduced to 50 percent of their original size on a CD, depending on the characteristics of the track and some encoding settings. Apple’s lossless ALAC format is similar in audio quality, but not as widely supported by third parties as FLAC.

Apple’s first moves to support FLAC were in iOS 11. Early beta versions added the ability to play back single tracks encoded in FLAC format in the Files app, using the standard media player.

Apple's VP of Platform Architecture and Hardware Technologies Tim Millet and VP of Worldwide Product Marketing Bob Borchers recently sat down for an interview with TechCrunch where the pair talked about the tech giant's homemade M-series chips, gaming on Macs with Apple silicon, and more. Millet, who has been at Apple for almost 17 years and...
Nehal Malik
6 mins ago

The National Football League (NFL) and DAZN Group announced on Tuesday to extend their partnership in Canada and globally, with a new 10-year deal that begins with the 2023 season. With NFL Game Pass International, football fans outside the USA will be able to watch every NFL game through the regular season, postseason and the final […]
Gary Ng
16 mins ago